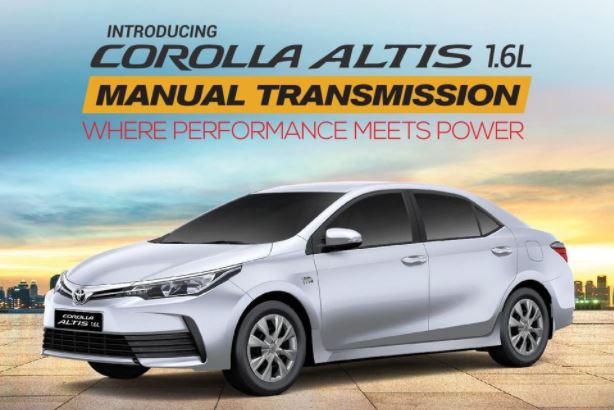 Toyota is introducing the new Altis in 8 different colors, giving the customers a wide range of choice.

According to IMC, the car has 9-inch infotainment system, and dual SRS airbags. Furthermore, the car has steering switches, wireless key with immobilizer and trunk opener and panic button.

Although the same variant in 10th generation had alloy rims, but this new 11th generation Altis comes with steel rims.

The consumers can visit their nearest Toyota dealership and book this 1.6L Manual Altis now.

Last year in October, the rumor spread that Toyota IMC has launched this manual version in market. However, PakWheels investigation revealed that the company has not launched or introduced any new vehicle in the market, let alone a manual version of Altis 1.6.

The sources did tell PakWheels that the company had only made 5-10 units of manual Altis 1.6L for testing purposes. A few of the Toyota dealers were offering these cars to their customers with a price tag of PKR 3,049,000. The source further revealed that there was a high possibility that after the successful test run the company might launch the car in the market in H1 of 2020.

However, the launch of this car was delayed due to COVID-19 pandemic followed by a shutdown in Pakistan. Through this new launch, Toyota IMC will try to increase its sales, after almost one-and-half-year of low sales. The high taxes, inflation and low sales demand have impacted the sales of all major car manufacturers in Pakistan. The sales showed a positive sign just last month, when Toyota recorded a spike in month-on-month sales.