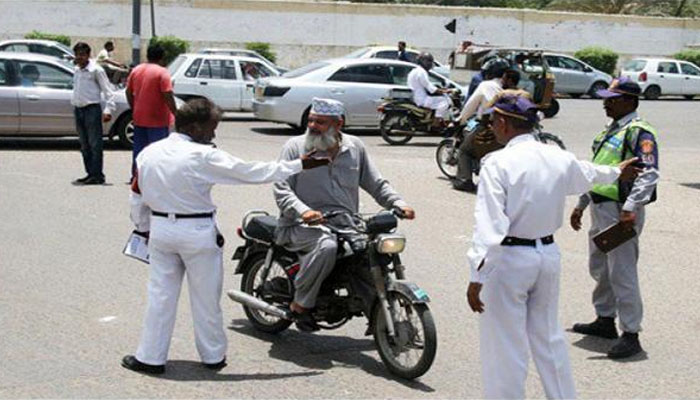 The traffic police of Sindh has fined over 2.6 million traffic violators across the province in the Fiscal Year 2017-18, as per the report presented by the Sindh home department in the Sindh Assembly Secretariat.

According to the details, Karachi Traffic Police is leading the way, the authority, in the said period, issued tickets to almost 2.4 million vehicles, while, on the other hand, only 2 lac challans were issued across the rest of the Sindh, which shows the rate of traffic violation there.

The government generated PKR 570 million from issuing tickets in FY 2017-18; a large number of fines were from Karachi alone.

Furthermore, the Sindh Transport Department has forwarded a summary seeking CM Sindh Murad Ali Shah’s approval for making trackers mandatory for bikes. The tracker will be installed in both new and old bikes and no biker will be allowed to ride on the roads if the bike is not equipped with the tracker as prescribed by the authority and the government.

Aside from Sindh traffic police, Islamabad Traffic Police is also dealing with violations with iron hands and so far has issued tickets to 155,570 motorcyclists who were not wearing a helmet.

In an aim to ensure the safety of the citizens, the traffic police departments of all the provinces are enforcing traffic rules and regulations.

Drop your thoughts about these recent initiatives by the traffic police departments in the comments section below.