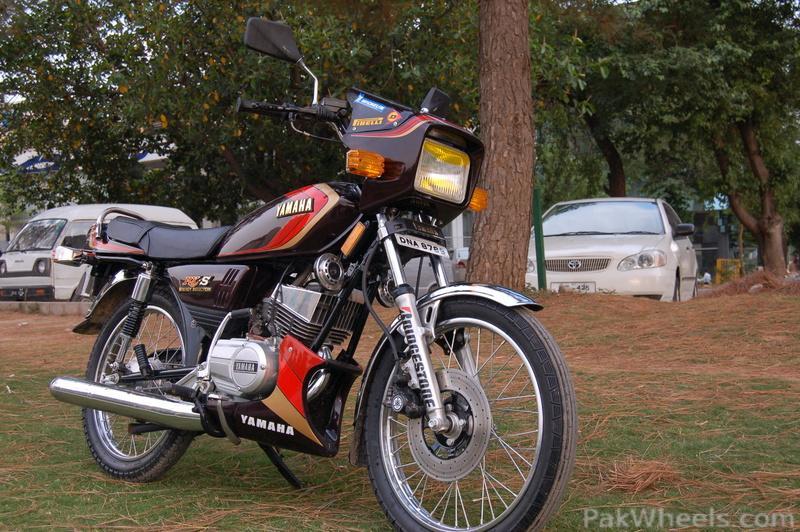 In Pakistan, Yamaha began its journey in 1976. Dawood Yamaha Limited was formed due to a joint venture agreement between Yamaha Motor Company (Japan) and Dawood Group of Companies. Over the years, the company has offered quite a few memorable products in the country. But this article is aimed to reminisce the RX115, or as some circles say ‘The GTO Killer’.

At the time of its launch, this bike was considered as the ultimate king of the road. With its ability to achieve the top speed of 160 KPH, this bike received great popularity in 1982.

People often compare these 2-Stroke bikes with the slightly newer 4-Stroke bikes, but the fact is that the 2-Stroke engine produces more power to weight ratio. If one were to dive in the realm of Internal Combustion Engines, they can find sufficient technical and conceptual knowledge on the differences between these two engines. However, I took the liberty to briefly shed some light on the major differences in the following points:

1: What is a Two Stroke Engine?

For each explosion in cylinder, the piston moves downwards and upwards (One complete cycle, which includes Power Stroke and Exhaust Stroke).

2: What is a Four Stroke Engine?

For each explosion in cylinder, the piston moves downwards and upwards twice (Two complete Cycles, which include Intake, compression, power and exhaust stroke).

3: What is the major difference between them?

Although the original company went under an image change in 2008, the 2-stroke era had lived its life to the fullest in Pakistan by that time, with some exceptions in the form of Rickshaws. But the bikes they gave to Pakistan were highly appreciated by the nation. Even today, people who are lucky to own these machines, really appreciate them for their performance and representation of a bygone golden era. Driving a RX115 was on my To-Do list for a long time, but last weekend I had the privilege of driving this beautiful two stroke machine. I have driven many a mile in my old Kawasaki GTO 125, but for me the pick-up speed of this bike is superior to that of (Un-altered) GTO125. This increased pick-up speed was all thanks to this bike not having a section plate, which means that the throttle response was directly linked with the petrol flow from the carburetor. 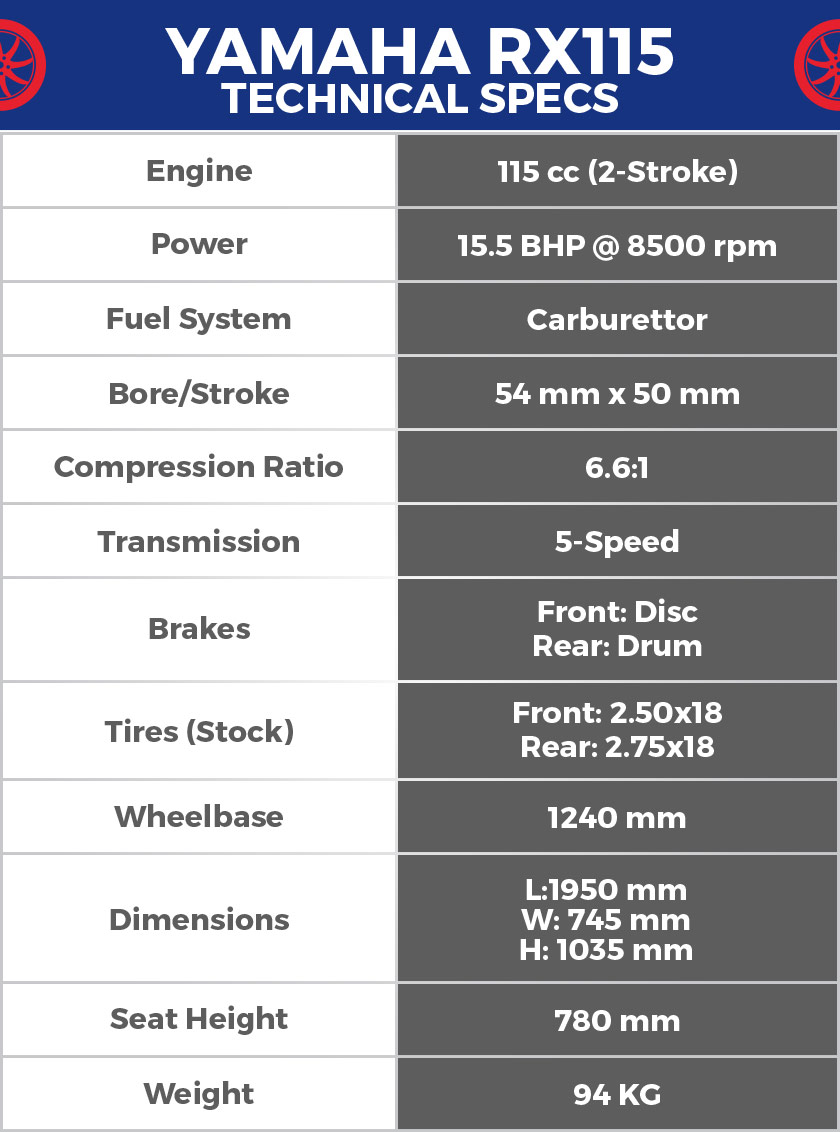 Furthermore, the RX115 was arguably the best styled motorbike in Pakistan at that time. But during my ride on this motorbike, I noticed some serious issues at high speeds. Due to the low weight to high performance ratio, the bike’s tail starts to lift up due to air pressure, which causes the bike to loosen its grip on the road. And finally I understood the truth in rumors of people having lots of accidents in this bike, back in the 80’s.

Talking in terms of power, this bike had a 115 cc engine, which managed to produce 15.5 BHP of peak power against the 17.5 BHP of Kawasaki GTO125 and 11.5 BHP of Honda 125 at that time. Furthermore, GTO125 had the advantage in looks but the RX115, which featured a working YIES took the lead in mileage. But off the line it was said to have beaten the GTO125 due to its less weight and direct throttle-carburetor linkage.

As a big fan of motorbikes, I often wonder about the sudden discontinuity of 2-stroke bikes in Pakistan, which was all thanks to the increasing fuel prices and the less than impressive fuel mileage that these machines produced for the consumers. Looking back at the history of different policy making in terms of Automobiles and their implementation, the different Governments’ have always downplayed their part. Just like the 2-stroke, the diesel cars have also seen a demise, which could have been easily curbed with the introduction of timely updates in the fuel and vehicle standards.

Do share your feedback on this little attempt to remember a RX115 by a fan!

Are Hybrid Cars Costlier to Maintain than Non-Hybrid Cars?