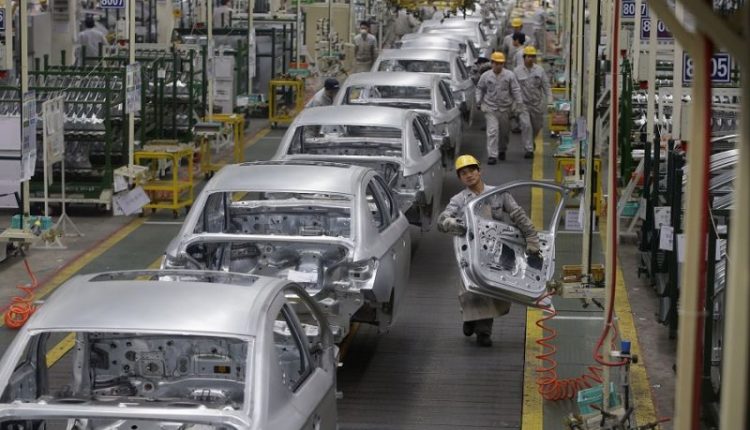 Corona Virus is spreading at a faster pace, especially in China, thus leaving the automakers around the world with the fear of shortage in their supply chains. In this situation, major auto giants have already started to hustle for alternative parts manufacturers to maintain their supply chains and prevent their operation from any disruption. The supply of parts is one of the most important aspects of the automotive industry since any delay in the process could lead to a massive setback of millions or even billions during production. In a bid to monitor the COVID-19 epidemic closely, many auto suppliers have even established their task forces and war rooms. All of a sudden, the coronavirus has affected the automotive stocks quite badly. Auto giants, including Ford Motor and GM, have posted a decline of double digits in its shares this year thus far. For the last two weeks, the shares of Tesla have also gone down by 25.9%, which were growing at a rapid pace of 59.7% this year.

During the last month, the World Health Organization (WHO) had declared the pertaining COVID-19 as a global health emergency. As of now, the virus that originated from Wuhan, China, has spread in more than 35 countries across the globe. Its outbreak beyond China is way too fast, and so far, more than 80,000 cases have been confirmed if the lethal virus. Nearly 3000 people have already died of Corona Virus that is not curable right now. It has also entered the boundaries of Pakistan through Iran as 4 cases have been officially reported in the country.

The situation will get exponentially worse for automakers:

The impact of the coronavirus on the global auto industry will get exponentially worse with any sort of extension in this crisis. Currently, the only option automakers have to figure out alternative solutions and calculating their total cost of implication. Perhaps all the auto manufacturers and auto suppliers are closely monitoring the overall situation of the Corona outbreak and taking drastic measures accordingly. Outside China, the first production plants that were negatively affected by the shortage of parts are located in Japan and South Korea. It also resulted in halting the manufacturing facility of Hyundai Motors, KIA Motors, GM, and Nissan Motors. Ever since the outbreak of the coronavirus, the crisis has started to deepen in European markets and poses a threat to North American markets in the future as well. The Italian-American automaker Fiat Chrysler had to shut down its operations at a manufacturing facility in Serbia owing to the shortage of parts from China. However, the companies have formulated their specialized teams to counter these issues. For instance, Toyota officials in the US are holding meetings thrice a week to analyze the situation in North America. This particular outbreak of the coronavirus has got everyone on the edge of their seats and turns out to be a common issue for all the automakers across the world.

See what Suneel Munj has to say about Pakistan’s auto industry keeping in view the coronavirus: ( watch from 2:17)

That’s it from our side for now. Stay tuned to PakWheels for more updates from the international and local automotive industry. Leave your feedback in the comments space below.

Electric Vehicles Soon To be Introduced In Pakistan