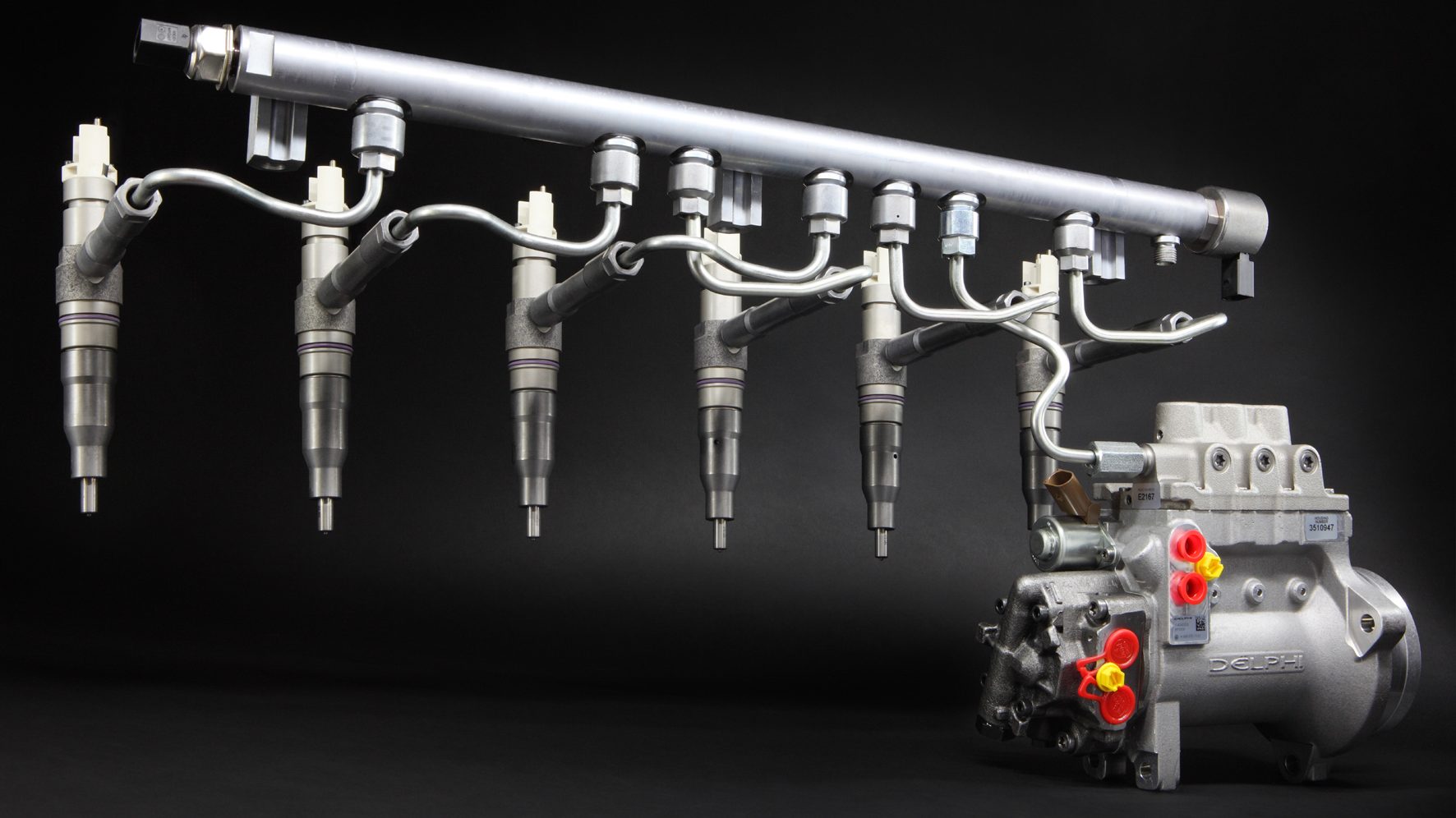 Diesel engines have come a far from where they started once. Mostly due to the stricter emission standards set by the government in first world countries and also due to the fact that technologies evolve with the passage of time where there are enough interest and demand in the market. Automakers have always strived to bring the most effective innovations to its customers. And diesel engines are no exception. Common rail diesel engines took it further for diesel automobile consumers.

Common rail engines are arguably relatively new thing here in Pakistan. Consumers started to see this new sort of diesel engines (KD engines) when Thai Toyota Vigos were being imported to Pakistan a decade or so ago. And that is also when people realized how much pain these engines can be. Later, Toyota Indus Motors introduced the same shape of Hilux but opted for older L engines instead of modern KD series diesel engines. And the reason behind it was the inferior diesel available in Pakistan. 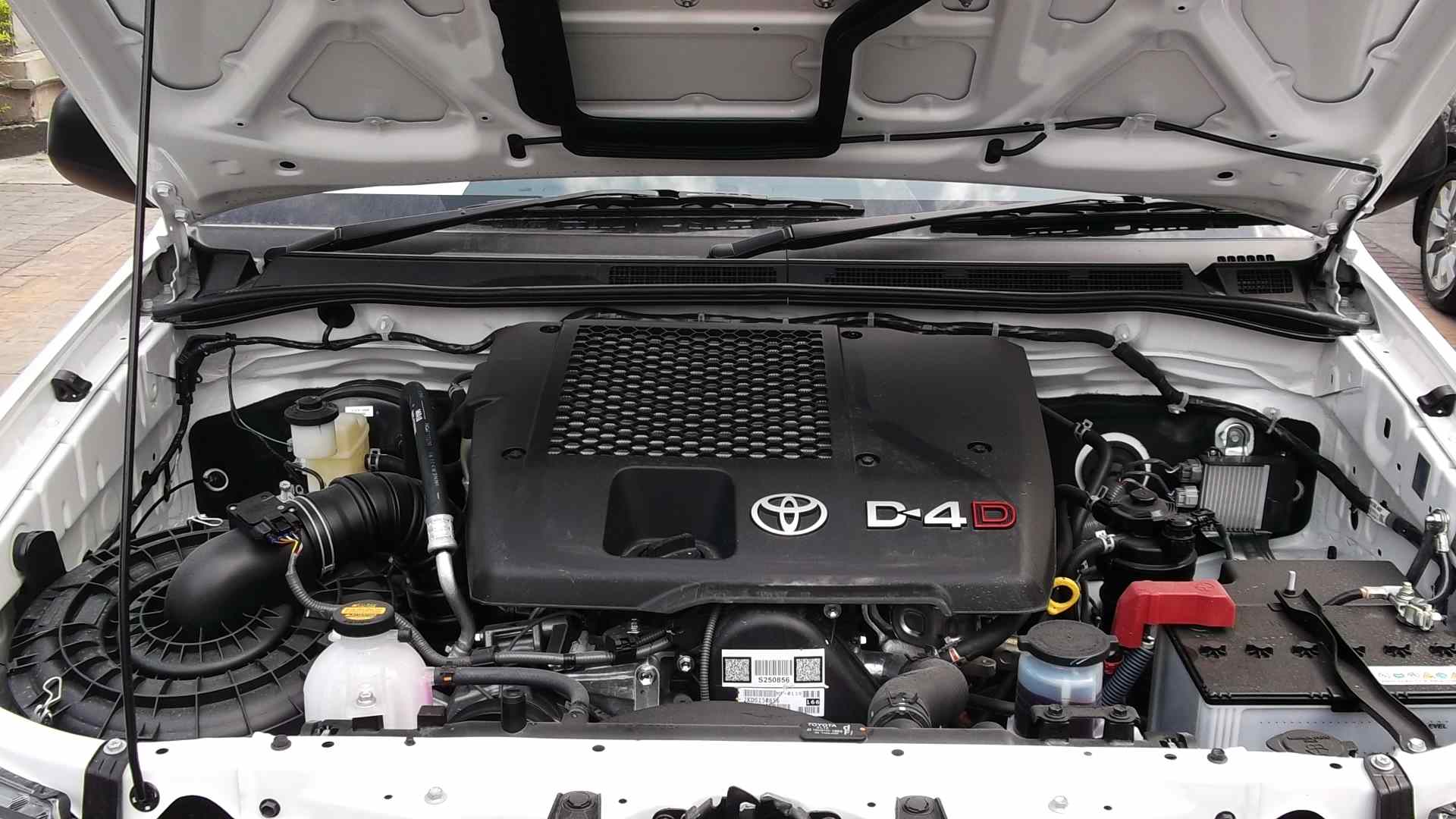 Common rail engines are kind of sophisticated and are the product of precision engineering. On the other hand, the diesel available in Pakistan is full of pollutants and water particles. So, the engine blowing up its injectors was a common problem back in the day. Those injectors were not cheap to replace. And the fact that people were used to abusing their diesel engines and never thought newer engines would require such high level of maintenance didn’t play well for these new engines.

Before I start, there are a couple of things I should mention. First, the diesel engine works on compression. It doesn’t have spark plugs like a petrol engine. Secondly, the diesel injectors inject fuel in the cylinder at very high pressure. Efficient atomization of diesel fuel is required for right combustion. The diesel fuel injector nozzles are also known as atomizers. Also, a common rail system is based on 3 main components, the fuel pump, the rail and last the injectors. The fuel pump is designed to generate a lot of pressure. The pressure is usually higher than 1000 bar. 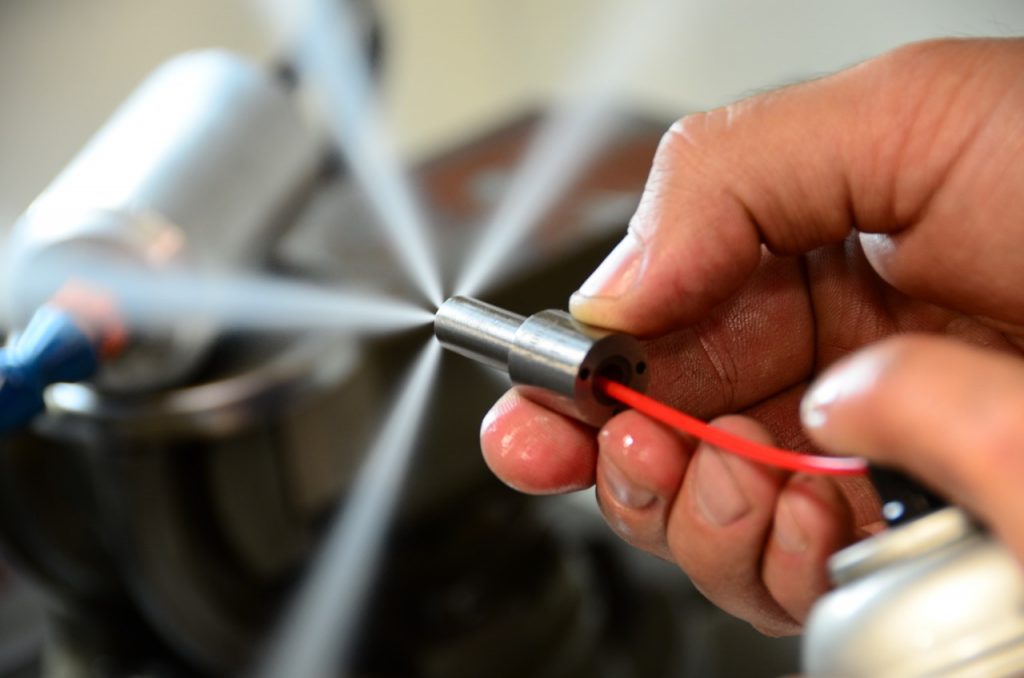 Now let’s first begin with why it’s called ‘common rail’. It is called common rail because the injectors share a common fuel rail. The fuel pump pushes the diesel into a rail which then distributes the fuel to all the injectors. The rail is the common collection system where the fuel is delivered to the injectors at a specified pressure. The fuel pump creates pressure and delivers that pressurized fuel to the rail. 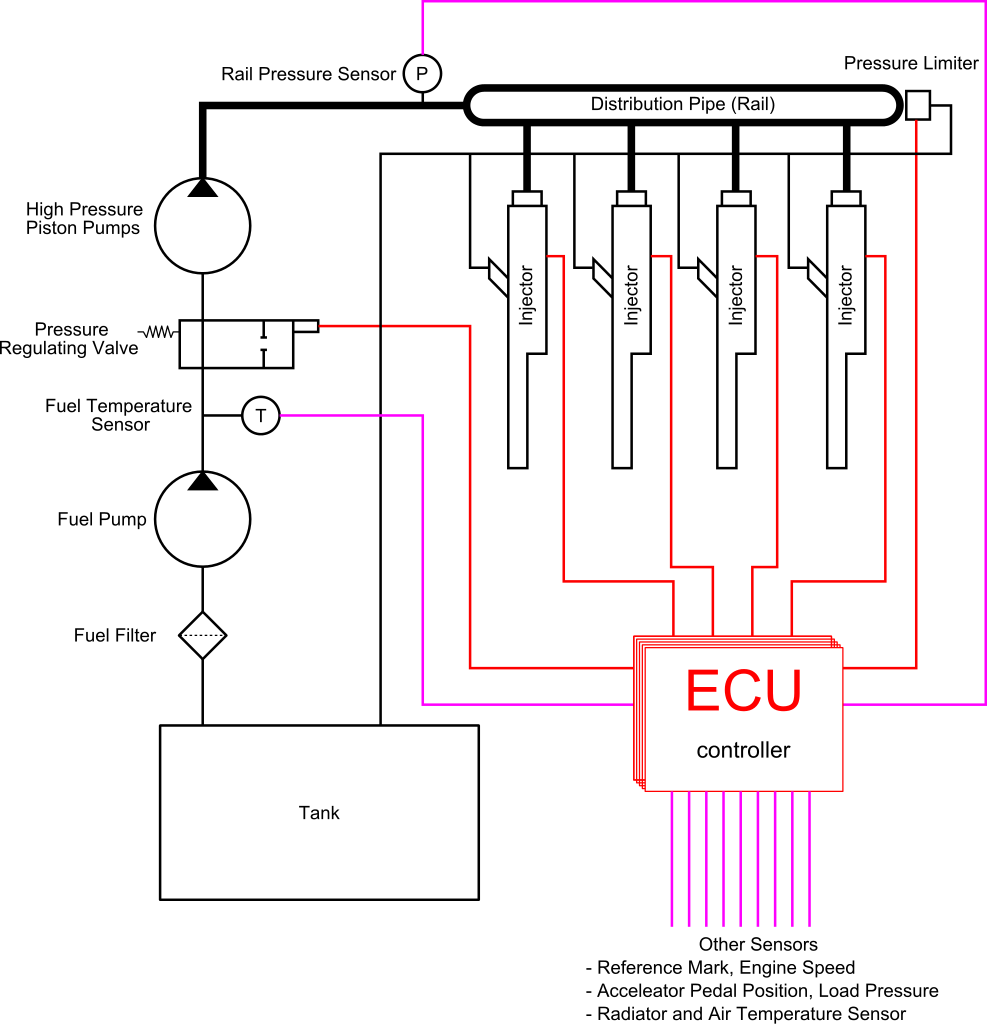 In common rail fuel injected system, the ECU of the vehicle controls the injector pulse to control how much fuel is injected into the piston cylinder. The ECU takes input from the camshaft position sensor to detect which piston is at the top dead center position and opens/closes the injectors accordingly. The injectors inject fuel according to injection signal.

The common rail injectors are quite a sophisticated piece of a kit. They act like electronically controlled solenoid valves which open and closes according to the ECU signal. The injector has two chambers inside. One is called control chamber, whereas the other is the nozzle area of the injector. The nozzle remains closed until it gets a signal from the ECU. The ECU signal opens the solenoid (pulling the plunger upwards) and the fuel is then sprayed into the piston chamber.

For more details on the working of a common rail injector, have look at this video:

Common rail engines maintain a pressure inside the rail to prevent sudden pressure spike. This helps in keeping the engine relatively quieter. And the high pressure also leads to better atomization and as a result, better emissions. So yes, although these common rail diesel engines had a rocky start, in the beginning, they are a reality now and are becoming more and more common.

Although any part of the system can fail at any time. But usually, injectors are considered the weak link. As mentioned above, the locally available diesel is not of good quality and has a lot of impurities in it. So one of the most common precaution you can take to keep your injectors firing is that not let dirty fuel pass through them. The diesel filter is an important part of the equation here and many people forget or ignore the importance of changing the filter on time. So in order for your common rail diesel injection engine to keep operating at its optimum, make a habit of changing the diesel filter on time. Diesel engines are tough as nails and should last you hundreds of thousands kilometers. But they do require regular maintenance. Therefore, keep an eye on that fuel filter, and enjoy your diesel power for years to come. Happy motoring!