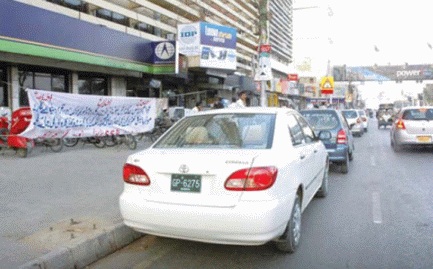 The government has finally taken a step which will diminish if not finish the exploitation of cars financed by the tax payers to be provided to Pakistani government servants as a facility however, these cars are always seen to be exploited in use and help eradicate this exploitation, government has announced “compulsory monetization of transport facility to civil servants”, where civil servants will have to pay for their cars.

The new system is part of a change in policy, brought about by austerity measures approved in the federal budget for 2011-12. Misuse of official vehicles has been a high-profile cause for those looking to cut costs.

From January 1, 2012, the officials will have to pay for their petrol, maintenance, repairs, insurance, transfer fees and all duties and taxes on their vehicles, in addition to paying installments.

Civil servants from level BS-20 to BS-22 will be given the first option of buying the cars they currently use. All transfer fees/ duties etc will be borne by the officers themselves. Moreover, No green number plates will be allowed for the vehicles purchased by the officers in BS-20 to BS-22.

Ministries/ Division & Departments will maintain a minimum Pool of vehicles for protocol/ operational duties, which shall be determined, keeping in view its strength and functions.The vehicles, which become surplus due to enforcement of this Policy, shall be surrendered to the Cabinet Division’s Central Pool of Cars for further disposal as per Governments rules/ procedure.

If the civil servants wish to keep their drivers, Rs10,000 will be cut from their salaries every month. No new recruitment of drivers will be made until the drivers rendered surplus are provided with work elsewhere.