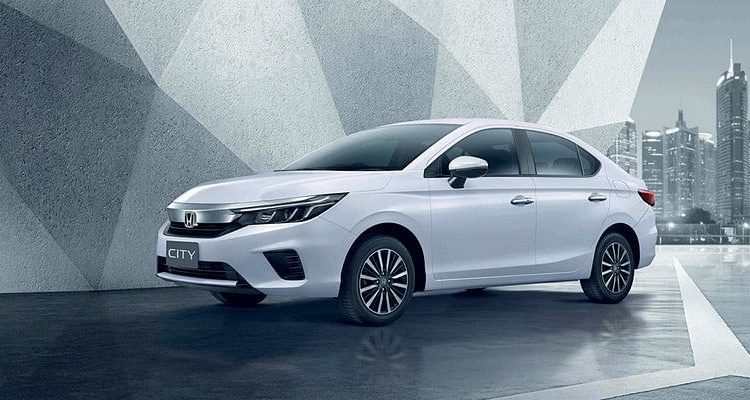 Honda Atlas is all set to compete with Toyota Yaris with the launch of its 7th generation City in Pakistan. Earlier, PakWheels reported that Honda would release 6th generation in the local market; however, there is an update.

According to our sources, the company will release 7th generation City in Pakistan, which will be a direct competition to the recently launched Yaris. They further said that the company would release the new City in the first quarter of 2021.

The 1000cc Turbo engine variant would be costlier than the other two variants.

Honda launched this new 7th generation city in Thailand last year. This latest vehicle is bigger than the current variant. The car has 4553 mm length, 1748mm width, and 1485mm height. Meanwhile, the wheelbase is lesser with 2589mm, as compared to 2600mm of the older version.

The international variants come with LED daytime lights, halogen projector headlamps, bulb front fog lamps, and LED indicators on side-view mirrors. Meanwhile, the car has 15 or 16-inch alloy wheels (depending on the variant you chose). In the first look, it gives Honda Civic vibes, which is undoubtedly a significant change for the City model.

The company has not pushed the envelope in interior design, but it is surely very handsome and gives an executive look. The car has an 8-inch infotainment screen, which is also compatible with Apple CarPlay now along with Android. The dashboard has a fine finish, with metallic sockets. The company has installed conventional speedometer dials.

The backseats have very ample leg space, more than current versions, and a very comfortable feel. This City has maybe the best interior till now by Honda.

A Serious Competition to Toyota Yaris in Pakistan:

Currently, Honda City competes with the Toyota Yaris. One of the major aspects of both of these cars is that they share the same price bracket. The price of both vehicles ranges from Rs2.4million to Rs2.9million. Furthermore, Yaris comes in 1300cc and 1500cc engines in the local market.

If you look at the local market’s sales trend, you will see that there is not much production and sales difference between Yaris and City. They are almost head-to-head in the local market. However, the new Honda City will surely be a positive for Honda Atlas. The 7th generation will surely give a tough competition to Yaris, as Honda will be expecting to recapture the market with this 7th generation City.

The Question on Price?

The primary question for Honda will be the price bracket for 7th generation City. Although the current price of City is almost similar to Yaris, the price range will be critical with the new generation. If Honda keeps the range of price similar, then it will be a huge edge over Yaris. But, if it goes between Rs3 to Rs3.6 million, the new car can face some difficulties. Hence, Honda Atlas has to take a critical decision in this regard to boost its sales.