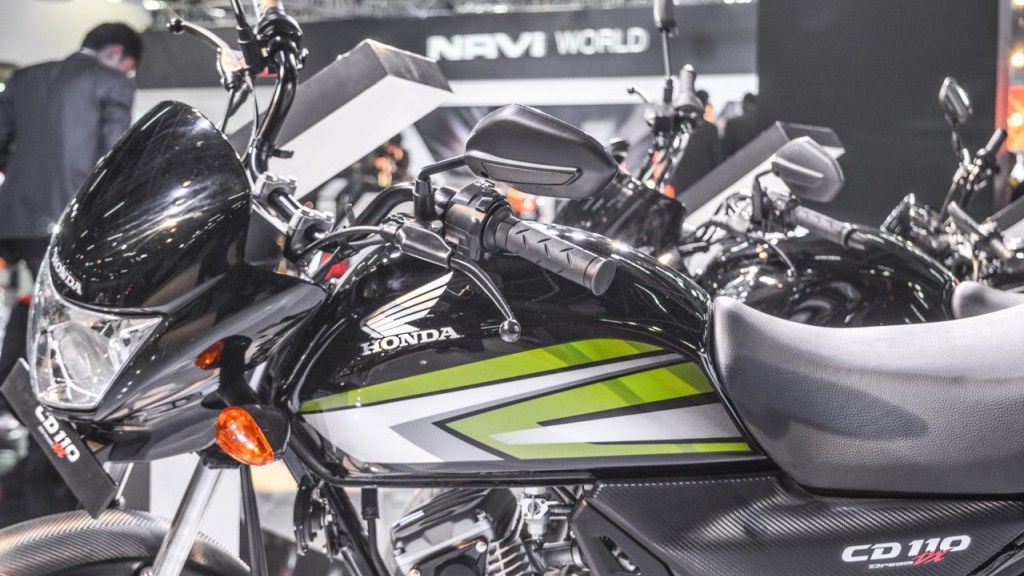 As mentioned before, Asia’s largest auto show Auto Expo has been going on in India lately, and automakers have been launching new models of their cars and bikes one after another. Latest bike launched at the expo is the Deluxe version of Honda CD 110 Dream. According to IAB, the new version comes with an electric starter. It is the second version of the 110 cc bike.

Previously, there was only one variant of the 110 cc Honda. Both variants share the alloy wheels and a drum brake on the front and rear wheels. The previous model had a regular kick starter and Honda Motorcycle, and Scooter India is using the new self-start feature as its selling point. Visually, the shape is the same as before, but the graphics have been updated with green and black stripes. The panels like mudguards have carbon fiber pattern. The engine is also the same single cylinder 109.19 cc unit producing 8.25 hp and 8.63 Nm of torque. Honda has mated the air-cooled engine with a 4-speed transmission.

Here in Pakistan, currently, only Suzuki is offering 110 cc motorcycles. There are four variants of these 110 cc bikes:

The GD 110, GD 110S, Raider 110 and Sprinter ECO are priced at Rs114000, Rs126000, Rs101400 and Rs93400 respectively. The GD 110 and GD 110S are basically the same bikes with some cosmetic changes whereas the Raider and Sprinter share many aspects including engine unit. Raider has larger fuel tank than Sprinter ECO. All four bikes come with 4-speed gearbox and all four come with conventional kick start.

The previous model of 110 Dream is available in India for INR 43,997. It equals to approximately PKR 68000. The price of the Deluxe version has not been disclosed yet. Scroll through the gallery for new bike photos below: