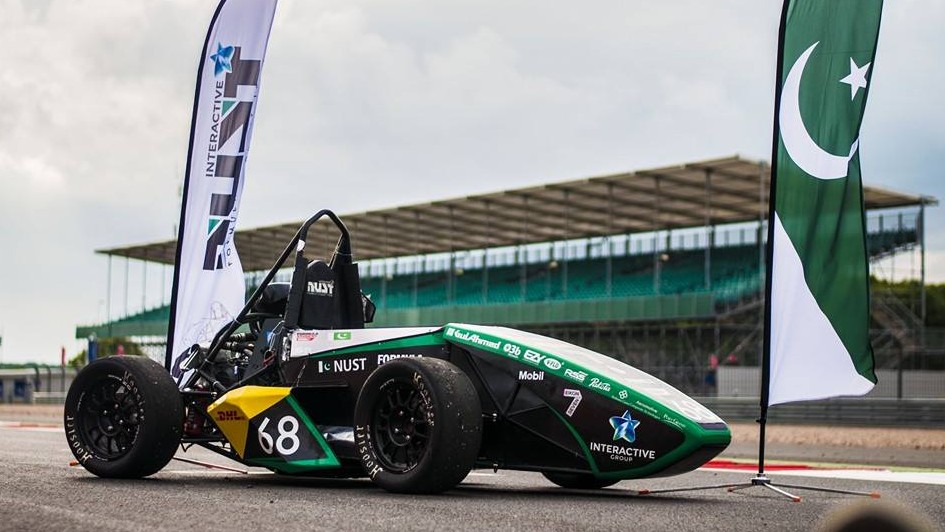 Every year students from around the globe gear up for the world’s largest educational motorsports competition, Formula Student UK (FSUK) which was held from 8th July, 2015 to 12th July, 2015 at Silverstone and was attended by nearly 3,000 students this time.

Interactive NUST Formula Student Team participated in both the static and dynamic events of the competition, raising the green flag among 97 teams at the home of British motorsports. History was made at the track of Silverstone, when NAS15 completed 18 laps out of the 22 laps of the Endurance Run and went onto secure 49th position overall. NAS15 was able to clear scrutineering at FSUK which included the brake test, noise test, safety inspection, chassis inspection, tilt test and technical inspection. The Team also improved its position in the Business Presentation event, by coming 28th out of the 97 teams this time.

The Team next set out on its journey to achieve another milestone: by participating in Formula Student Germany for the first time this year. It was not only the Team’s passion to raise the Pakistani flag higher than ever in the heart of Europe, but also the love for motorsports and engineering itself that compelled the Team to be a part of Formula Student Germany. The competition offers an opportunity for motivated individuals to develop their abilities in real world situations.

From 28th July, 2015 to 02nd August, 2015, the Team took part in what is said to the toughest FSAE competition where the best of the best Formula Student teams compete. Held in Hockenheim, Germany, the competition proved to be a testing ground for the Team which was able to clear all the inspection tests and qualified for the dynamic events, but was unfortunately unable to complete the events. The team’s first attempt at the competition landed them on a 63rd position overall. The Team from Pakistan was lauded by the chief design judge at Formula Student Germany, Pat Clarke for bringing an excellent car to the competition

Speaking about his experience of leading the 2015 Team, Afnan Ahmed, Team Principal said:

“This journey has been an amazing learning experience for each of us, as Formula Student incorporates into itself an extensive approach on engineering design, project management, manufacturing as well as the economic aspects of the automotive industry.I am very proud of my team and of the growth and dedication the team has shown. It is these people that motivate me at every step to give my very best to this Project and it has been a great time leading this Team and coordinating the talents of my fellow members towards the certain goal that we have set for ourselves.”

To achieve the vision of producing the best human resource that will enable the nation to be at the forefront of technology, Interactive NUST Formula Student Team is practically implementing classroom teachings into building useful skills and gaining work experience through this project. The Team hopes to instil in youngsters a passion for engineering, science and technology through its efforts for Formula Student, which offers a golden opportunity for motivated individuals to acquire a skill set that they will need for a lifelong career ahead. 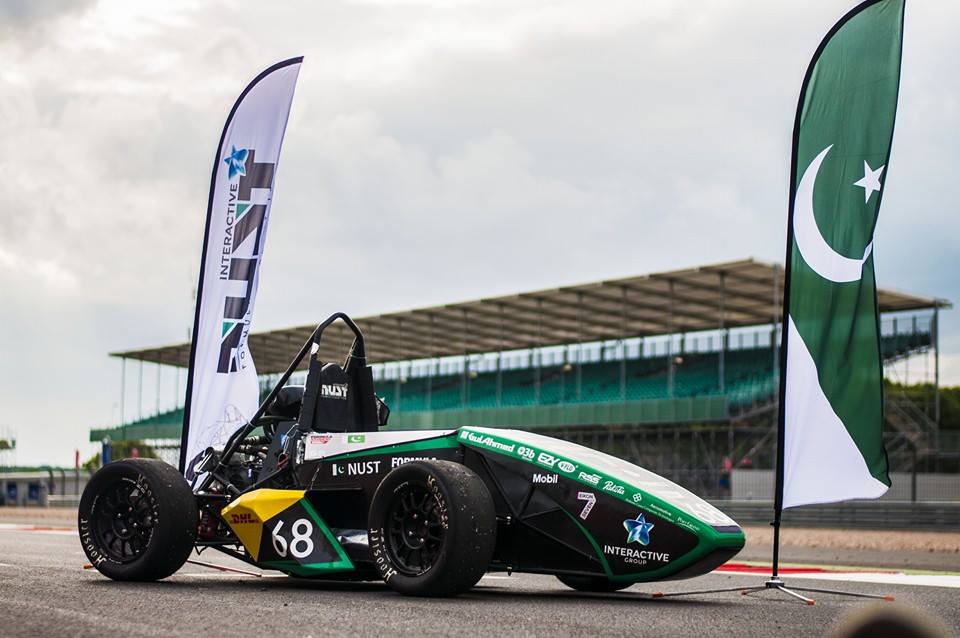 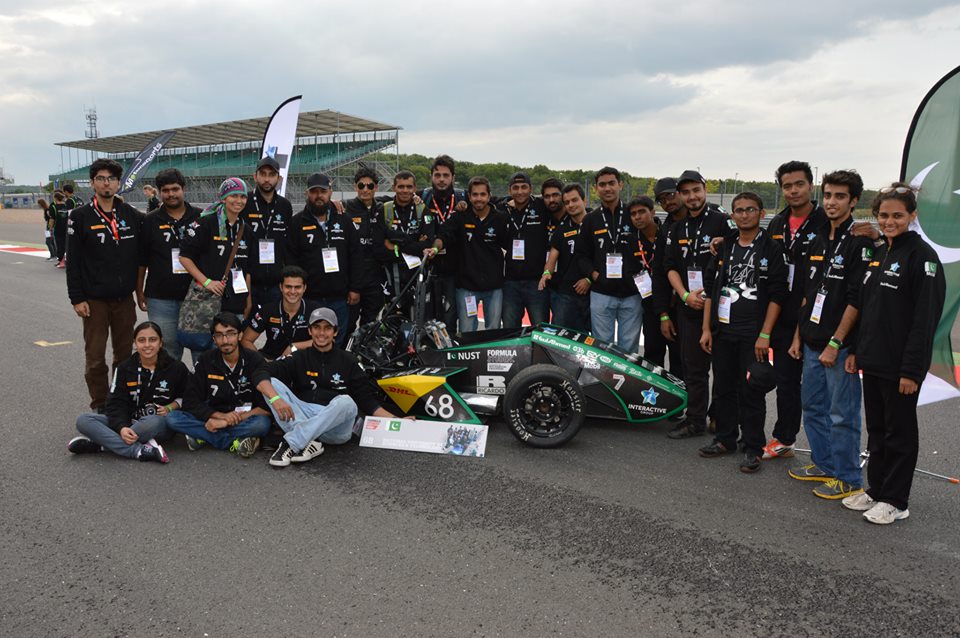