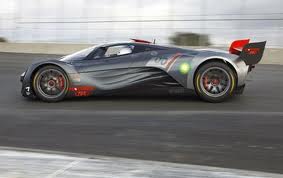 Whenever one thinks of a supercar, all that comes in his/her mind most of the times are the two Italian exotic car makers, namely Ferrari and Lamborghini. Supercars made by both car manufacturers’ cost a fortune to own. These cars are fast, sleek and eye-catching but sometimes they are merely over rated in front of their much cheaper counterparts.

Talking about super or sports cars and not mentioning JDM supercars would be a little unfair because, whenever launched, they’ve always set a benchmark or a created a cult in the world of supercars.

Starting off with one of the finest Japanese sports car which today is considered as a classic is the Toyota 2000GT built by one of the biggest car manufacturer of today, the Toyota Motor Corporation.

It was first displayed to the public at the Tokyo Motor Show in 1965, manufactured under contract by Yamaha between 1967 and 1970. The 2000GT revolutionized the automotive world’s view on Japan. It demonstrated that Japanese auto manufacturers could produce a sports car to rival those of Europe, in contrast to Japan’s image at the time as a producer of imitative and stodgily practical vehicles.

The 2000GT was powered by a 3M DOHC 2.0L straight-6 engine derived from the top-of-the-line Toyota Crown sedan and modified by Yamaha with new double overhead camshaft heads enabling it to produce a whopping 150hp at that time. The straight-6 engine was fitted in an X-backbone type chassis which was very similar to a Lotus Elan chassis. Other features included a cross-ratio 5-speed transmission, limited slip differential, and Japan’s first 4-wheel disc brakes with vacuum booster. Fitted with a 4.375 ratio axle, the car was said to be capable of reaching 217kmph. Although the 2000GT was a class act, it wasn’t a sales’ success because of its rather high price compared to the European sports cars. With only 351 built, it is a very rare sight and quite valuable.

The Honda NSX was marketed as the first “Everyday Supercar”, thanks in part to its ease of use, quality and reliability. It was built keeping in mind that it would have to be as good as anything coming from Italy or Germany and its performance target was the Ferrari 348. The NSX was launched in 1990 and it came with a 3.0L VTEC V6 engine under its hood; though the original plan was to put a 2.0L V6 engine in it but the idea was scrapped when Honda intended the NSX to meet or exceed the performance of the Ferrari, while offering targeted reliability and a lower price point. The bodywork design had been specifically researched by Okuyuma and Uehara (chief engineers at Honda R&D) after studying the 360 degree visibility inside an F-16 fighter jet cockpit.

Honda’s breakthrough engineering in the NSX was a major contributor to the design of the McLaren F1 as mentioned in an interview with McLaren F1 designer Gordon Murray who highly praised the NSX’s ride quality and handling. Owing to its exceptional power-to-weight ratio coupled with its strong chassis rigidity and cornering/handling capabilities, the NSX is sometimes referred to as the King of Circuit Racing.

After 15 years of manufacturing, the NSX’s production finally came to an end by July, 2005. The last NSX sale in the US took place in Spokane, Washington in the summer of 2006; originally intended for Honda’s museum.

Moving forward towards the 21st century, the supercar ‘scene’ around the world had totally changed with more stylish and aerodynamic supercars entering the market.  At the same time, ‘Nissan Motor Company Ltd.’ of Japan launched the successor to its famous Nissan Skyline GT-R (R34), called the Nissan GT-R (R35). The GT-R proved to be a big hit soon after it was launched due to it being priced fairly low than its German and Italian rivals and it being faster than them on the roads and on the track.

The production version of the GT-R debuted at the 2007 Tokyo Motor Show, launching in the Japanese market on December 6, 2007. It was powered by the VR38DETT engine, a 3.8L DOHC V6 with plasma transferred wire arc sprayed bores and two parallel IHI turbochargers providing forced induction. The engine was capable of producing 478hp while as the horsepower figures were increased to 520hp for the 2011 model and then 540hp for the 2012 model. Tests have shown that the 2012 Nissan GT-R has a top speed of 315kmph and that it can achieve 0-100kmph in 2.9 seconds.

The Nissan GT-R is undoubtedly the most talked about Japanese supercar as it has outclassed a lot of German and Italian supercars such as the Porsche 911 GT3, BMW M3, Ferrari 599 GTB Fiorano and even the world’s fastest car, the Bugatti Veyron!  And what makes the GT-R more superior than all these supercars is that it costs only about half the price of any one of these.

The production of the Nissan GT-R is planned to go on until 2013 after which it’ll be replaced by its’ successor, as told by Nissan’s VP.

The last and the latest Japanese sports car is actually a supercar, which is the LF-A. There had been numerous prototypes of the LFA undergoing testing at Nürburgring ever since the beginning of the new millennium before the final production LFA was unveiled on the first press day of the 41st biennial Tokyo Motor Show.

The Lexus LFA is the second model in the F marquee line of performance vehicles from Lexus, following the IS F. With the production limited to just 500 units, it is powered by a 72-degree bank angle 4.8L V10 engine equipped with dual VVT-i carrying the 1LR-GUE designation with a maximum output of 552hp delivered at 8700 rpm enabling it to do 0-97kmph in 3.6 seconds. The LFA’s 65% total body mass is CFRP

(carbon fiber-reinforced polymer) material while the remaining 35% is aluminum which saves 100kg’s over equivalent aluminum materials.

Some months after the LFA’s launch, Lexus revealed a circuit-tuned variant of its supercar called the LFA Nürburgring Package. The package featured an extra 10bhp from its V10 engine, bringing the total to 562bhp. It also featured a re-calibrated transmission with gear shifts made faster by 0.05 seconds and some cosmetic changes. Almost a year later, it was announced that the Lexus LFA Nürburgring Package has completed a lap of the Nurburgring in 7:14.64 with a top speed of 298kmph, the fourth fastest time ever for a production car.

Just like the Nissan GTR, the Lexus LFA has also managed to give the European supercars a run for their money and has made it to the good books of many journalists who regard the LFA as an “amazing track weapon”.

In the end, the meat of the matter is that today Japanese supercars stand at par with their European counterparts and gone are the days when selecting a supercar was solely limited between a few Italian/German supercars. Japanese supercars may not have big names attached to them like Ferrari or Lamborghini but they sure have the potential to outrun their rivals.