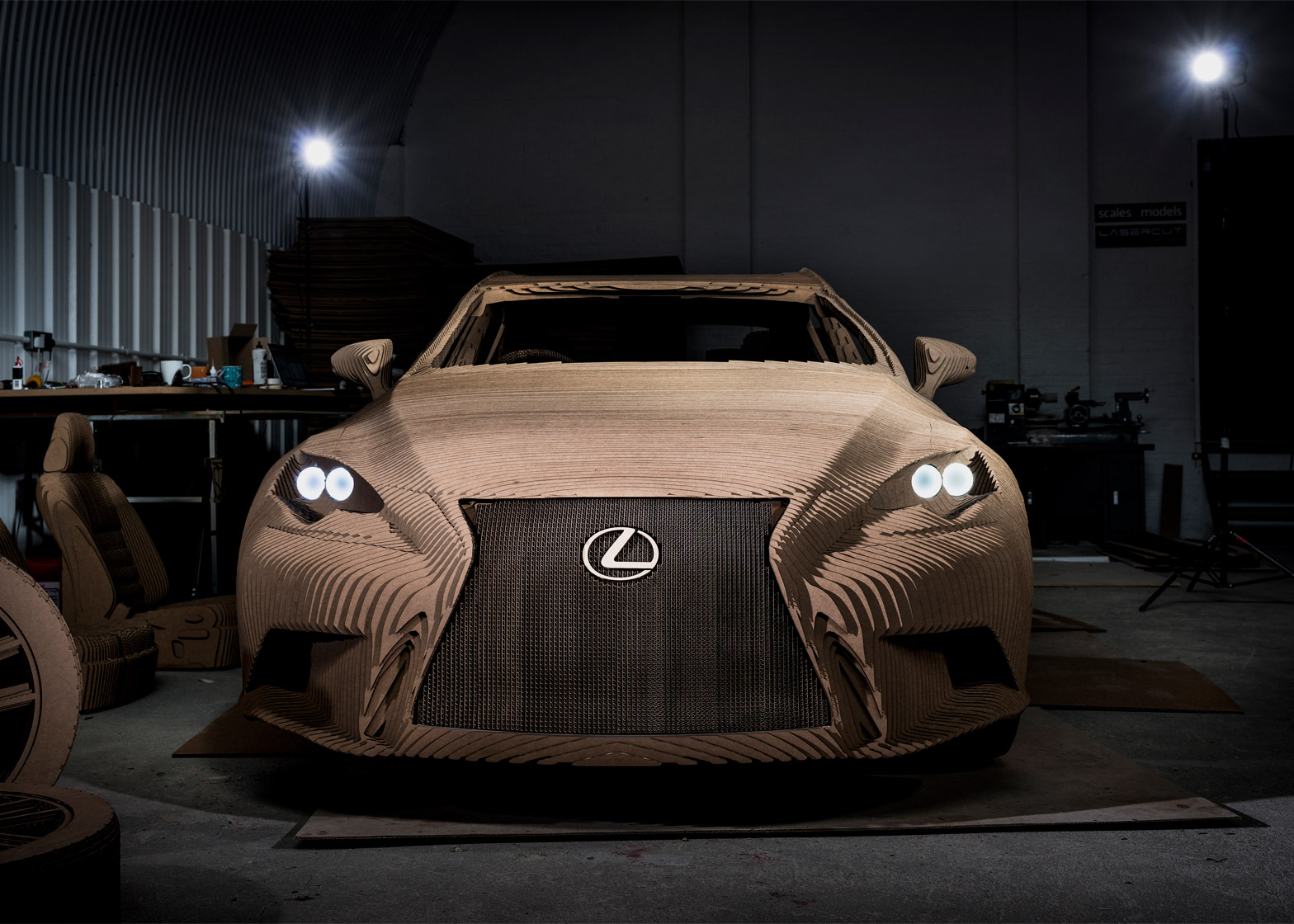 Lexus has been on a quite a roll recently, just a couple of months ago they unveiled their back to future styled hoverboard which uses magnetic fields to carry its rider without ever touching the ground. Now the company has just revealed a fully functioning and working car that’s made completely out of cardboard.

The luxury Japanese car maker considers each and every single Lexus to a be product of true craftsmanship, that’s why workers at the Lexus plant are called “Tacumi” which when translated to English means ‘Artists‘. Origami was the inspiration that was used to make 1700 individually shaped cardboard sheets into a fully functional replica of its IS saloon. This replica was created in order to celebrate the fine craftsmanship that goes into the cars that Lexus makes. A 3-D model of the IS saloon was provided to the London based studios LaserCut Works and Scales and Models who took 3 months to complete the project. Each and every single layer was fixed together by hand and a water based wood glue was used to hold each layer firmly in place.

The car was divided up into separate sections that were then digitally rendered as 10-millimetre slices, then laser cut from the cardboard and given unique identification numbers to make sure that pieces were layered onto the car in the correct order.

“This was a very demanding job, with five people involved in the digital design, modelling, laser cutting and assembly, The seats took a few attempts to get just right and the wheels required a lot of refining. Once we could see the physical pieces taking shape, we could identify where we needed to make improvements. As with anything, there were some elements of trial and error, but as we had all the resources we needed in-house, this made the changes easier to produce”

The car features a fully fitted interior, functioning doors, headlights and drivable wheels which are powered by an electric motor mounted onto the steel and aluminum frame housed within the model. This replica cardboard origami car will be on show as part of the Grand Designs Live event at the National Exhibition Centre (NEC) in Birmingham, UK, from 8 to 11 October 2015.