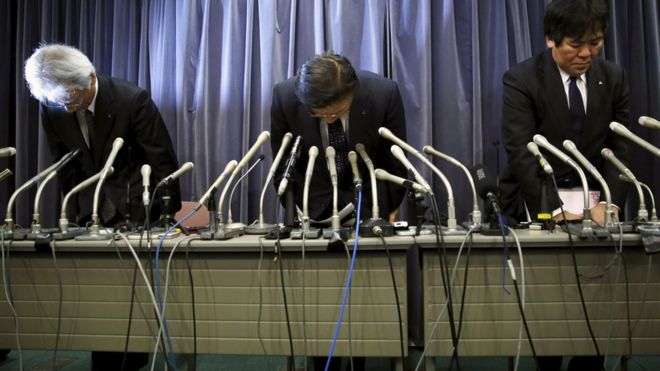 Mitsubishi Motors, Japan’s sixth-largest carmaker, revealed that it has been cheating about its fuel consumption figures for last 25 years. The Japanese automaker admitted that the fuel-economy testing methods it was using did not comply with Japanese regulations. The company in a statement confessed it has been manipulating test data for four domestic mini-vehicle models, including two it produced for Nissan. The Japanese authorities have raided one of the company’s RnD facilities in Japan.

Mitsubishi remarked that the internal pressure put by the management might have triggered the shortcut. After the shocking revelation, Mitsubishi lost almost half of its market value – some £2.7 billion. Although the automaker has said that it did not manipulate any tests on its vehicles sold in America and used appropriate testing methods, but the US vehicle safety department has started its investigation.

The executive vice-president of Mitsubishi Motors told the press that the Japanese regulations changed in 1991 to require testing methods to reflect stop-and-go urban driving in a better way. But Mitsubishi didn’t follow the new rule. He said,

“We should have switched, but it turns out we didn’t,”

Mitsubishi also said that the US testing method might have been used instead of Japanese testing method. In the US, there is more highway driving, whereas, in Japan, more fuel is consumed in city driving.

You think Volkswagen with its ‘dieselgate’ was in trouble, think what will happen to Mitsubishi if the governments around the world decide to take action against the Japanese carmaker.