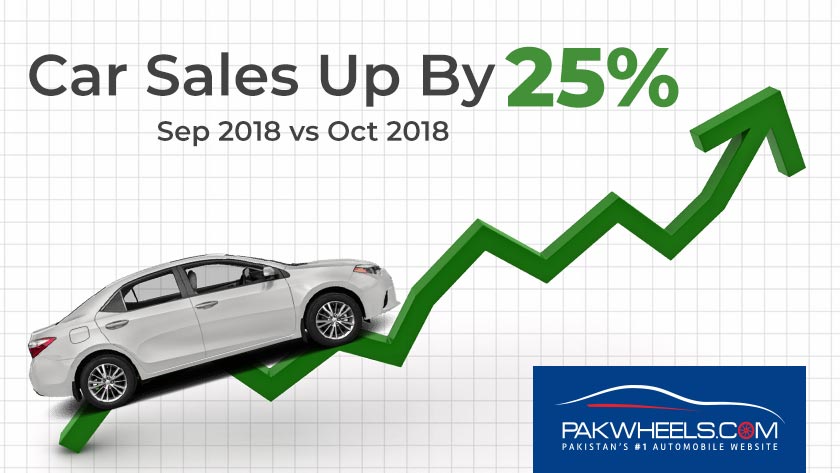 Car demand in the country has suddenly picked up in the last two months, and the sales of passenger cars rose by 25% month-over-month, and 10% when compared to the sales figures of the same month in 2017.

The continuous increase in the exchange rate that leads to the continuous price hike by the local carmakers has lead people to buy cars before the next price increase; as two of the big three(s) – Toyota IMC and Honda Pakistan have already declared to increase the car prices once again from January 2019. 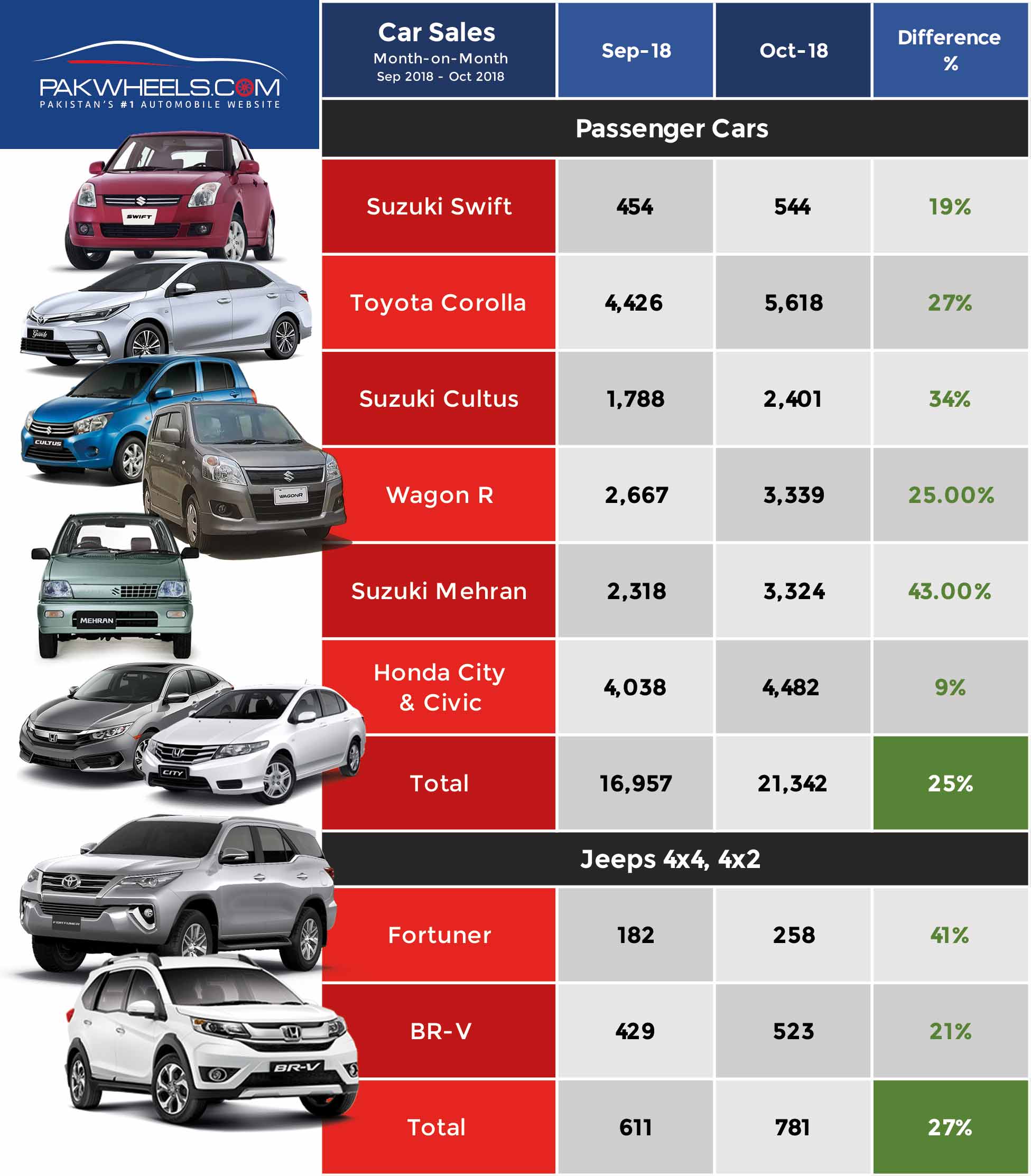 The car sales for the month of October 2018 has risen massively. In the 1300cc category, Honda sold 4482 units of Civic and City cumulatively, with an increase of 9% sales as compared to September 2018.

Other than this, the sales of trucks and pickups have gone up by 14% and 51% month-on-month, respectively. 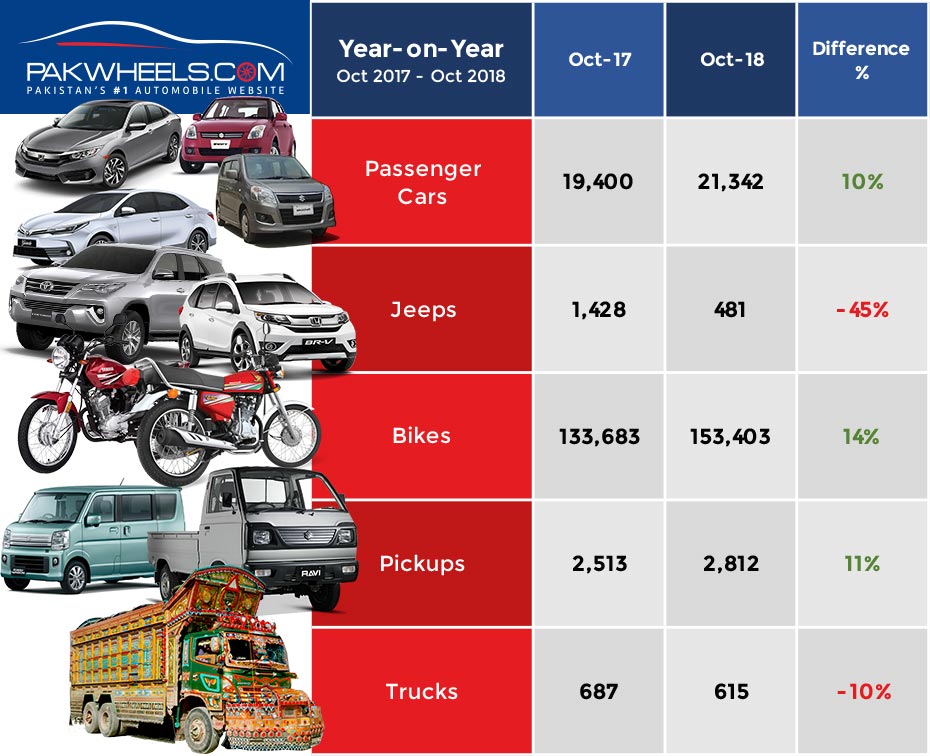