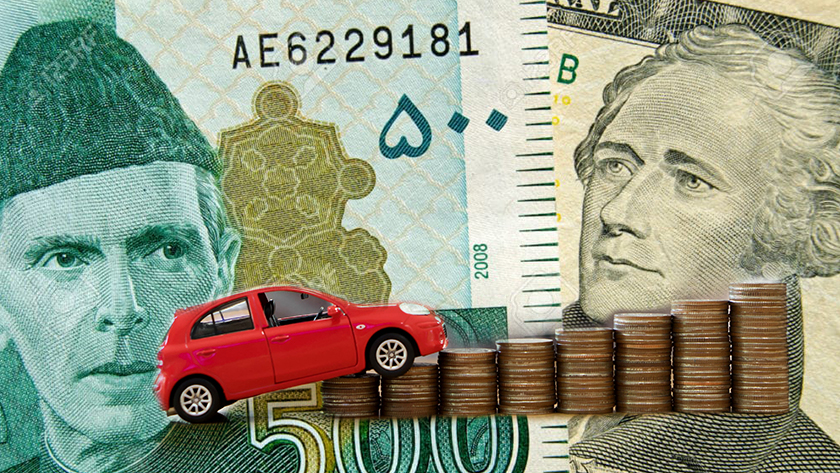 When the rupee depreciation hits the nation, it jolts the entire economy. From January 2018 to July-mid 2018, the Pakistani rupee was at 127 PKR per dollar, its lowest in the history.

Depreciating rupee means that the rupee is getting weaker and less valuable with respect to the US dollar.

We’re an import based economy, and the rising dollar means the increase in the import cost, making a dent in the import sector. According to the reports by economists, Pakistan’s import cost reached PKR 676992 Million in June 2018. However, the car imports have increased by 6%.

Secondly, it prompts fuel inflation that affects every sector from food, transportation to the auto sector and more. The higher the import cost of oil, the higher the increase in petrol prices.

When the rupee depreciates, the loss is felt across all sectors of the economy, and the auto sector is no exception. What remains inherently problematic with the locally assembled car market, however, is the lack of transparency in pricing products that shoot up immediately following a depreciation in the rupee, but fail to recede when the currency strengthens.

According to local car manufacturers, the rising dollar affects the imports of parts. The parts that are imported would cost more, increasing the cost to manufacture thus raising automakers are left with no choice but to increase ex-factory prices.

Compared to January 2018, when the exchange rate was 110 rupees per US dollar, the rate increased by 16% to 127 rupees in July 2018. While the increase in the price of imports required to assemble cars locally is understandable, the lack of measures taken to reverse prices as the rupee strengthens is largely ignored. 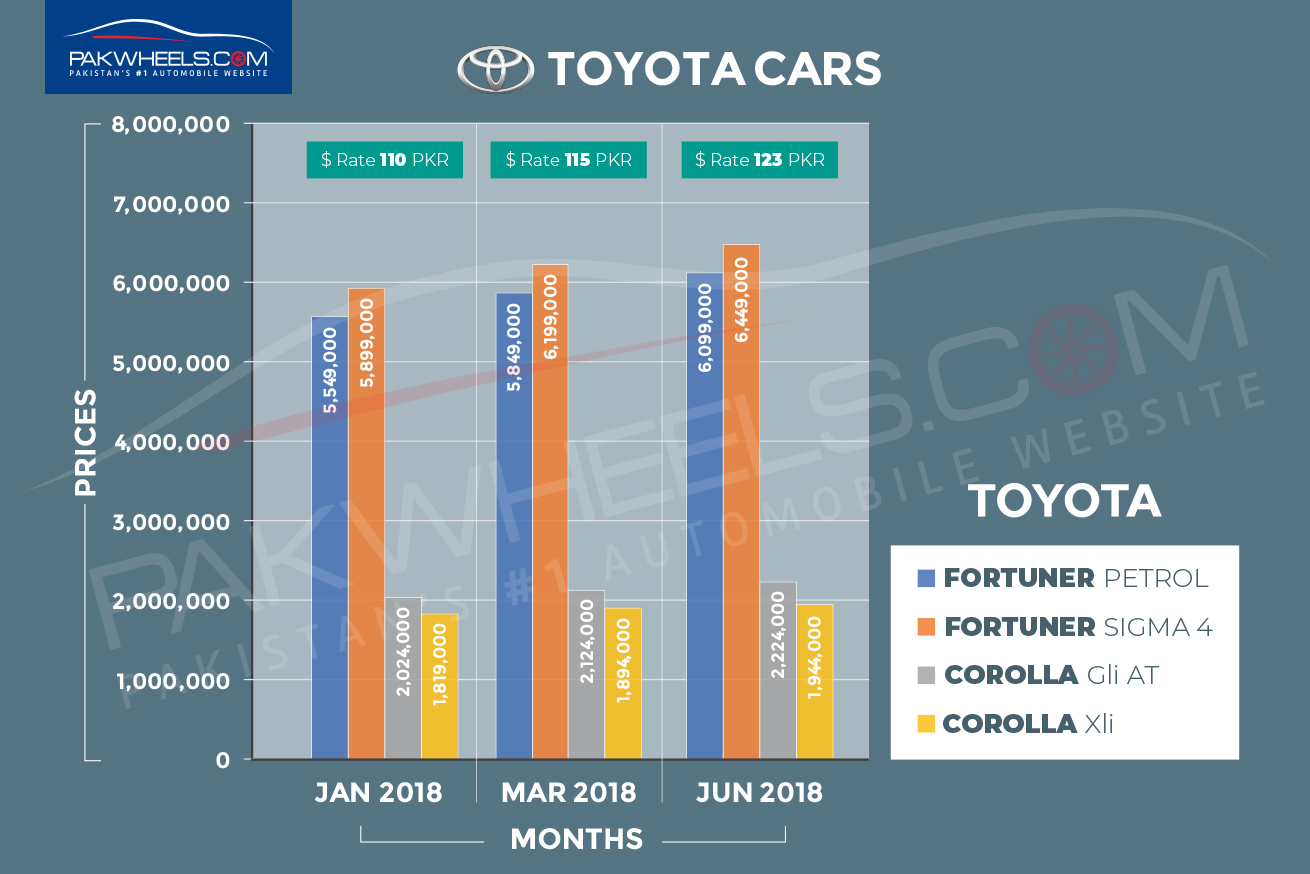 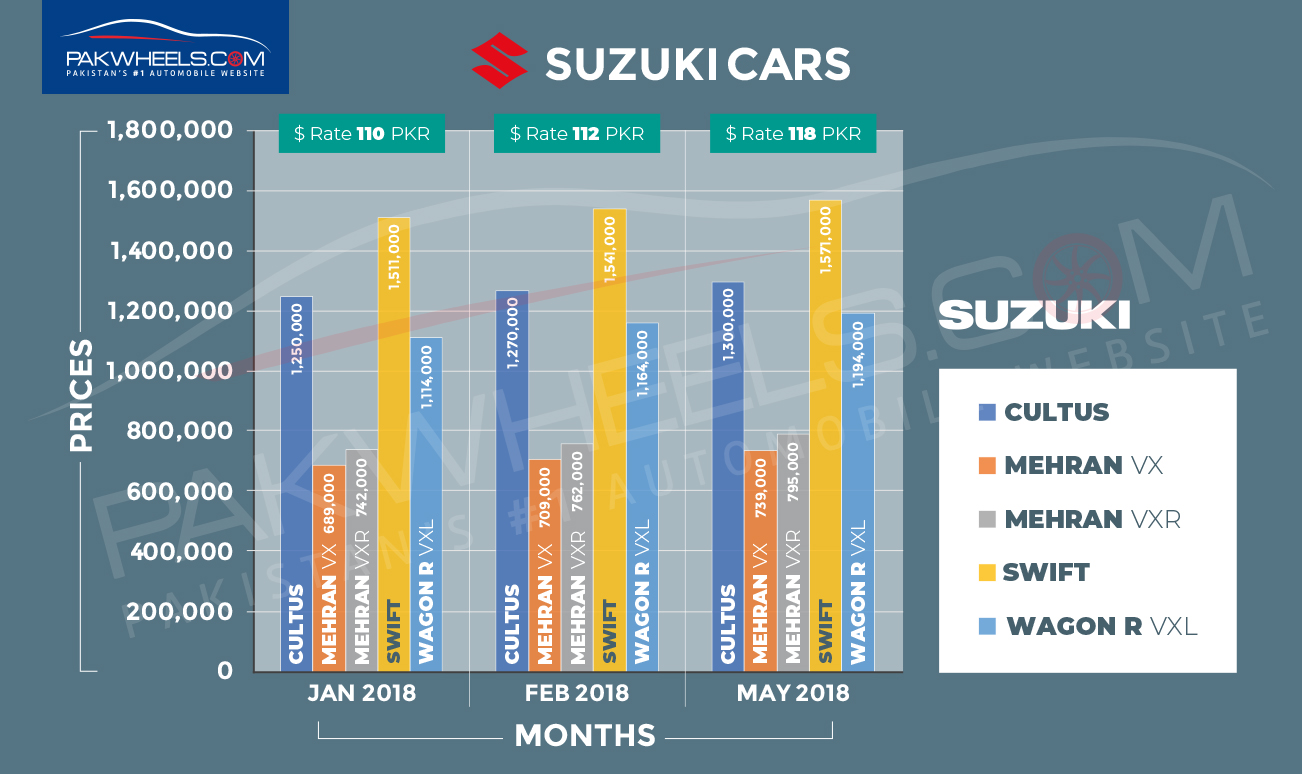 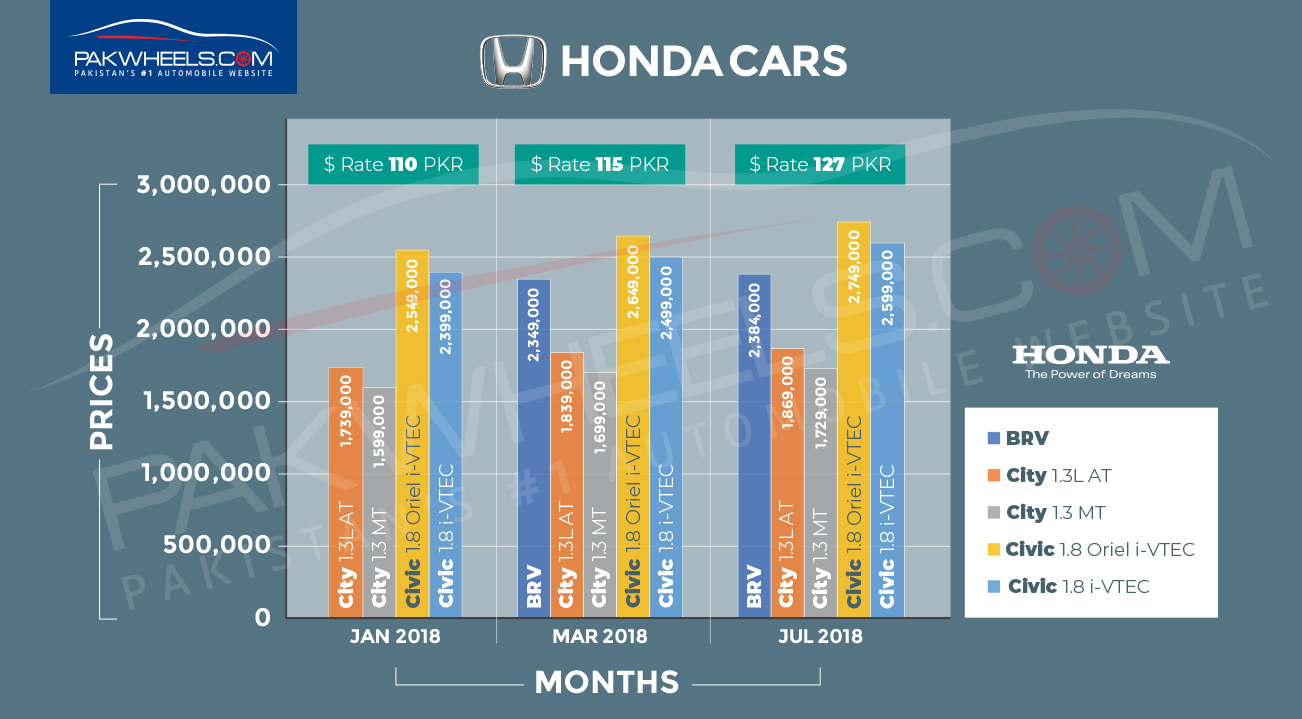 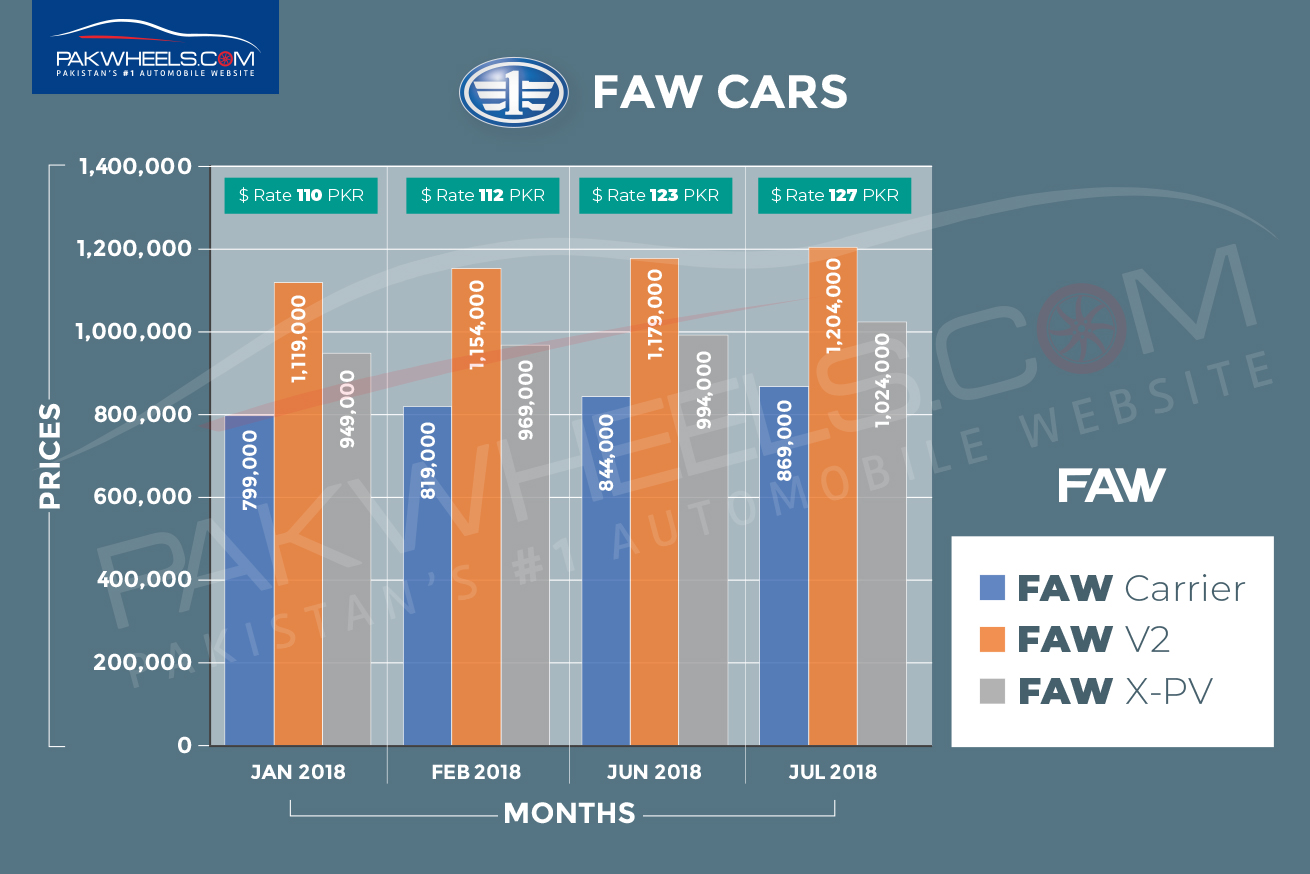 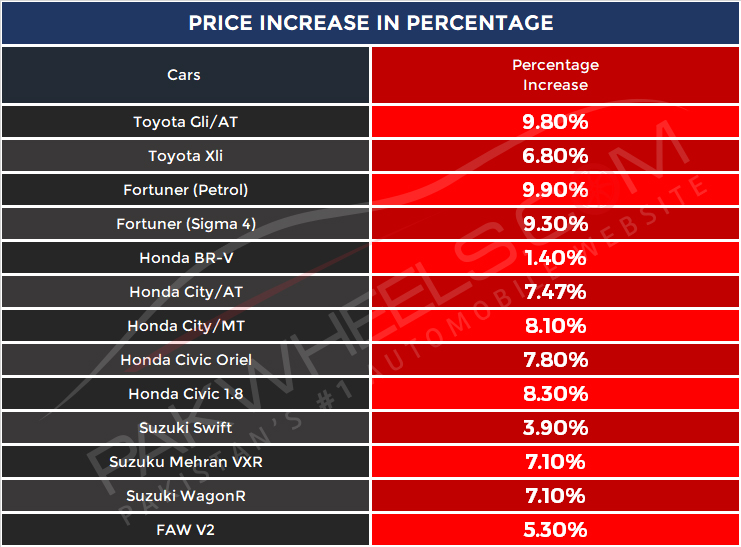 As can be seen above, there is no particular pattern of price increase even within models of the same brand. Toyota has increased the prices of its GLi variant by 9.8%, and XLi by 6.8%. On the other hand, the price of Fortuner (petrol) goes up by 9.9%, and Fortuner (Sigma4) goes up by 9.3%. The interesting thing to see here is that the model which is entirely imported gets a lower price increase, while the one which has only some parts imported, sees a greater increase in its ex-factory price.

Just like Toyota, other car makers like Honda, Suzuki, and FAW haven’t followed any pattern while raising the prices.

These one-way price changes bring up the following questions:

The impact of rupee depreciation is undeniable, yet so is the non-uniform policy of one-way price changes that affect the consumers’ buying behavior, eventually bringing down the sales volumes for the entire industry. Attesting to this claim is the fact that over the last two months, passenger vehicle sales have fallen by 15 %.

Currently, the exchange rate is at 122 PKR/dollar, so, whether or not this price increase gets reversed by these automakers – a question we all need an answer for.

Till then, watch what Suneel Munj has to say about the effects of the weakening rupee on car prices:

*Disclaimer – These prices were calculated when the exchange rate was 127 PKR in July 2018.

Harley Davidson shows off its Adventure, Cruiser, and Streetfighter concepts