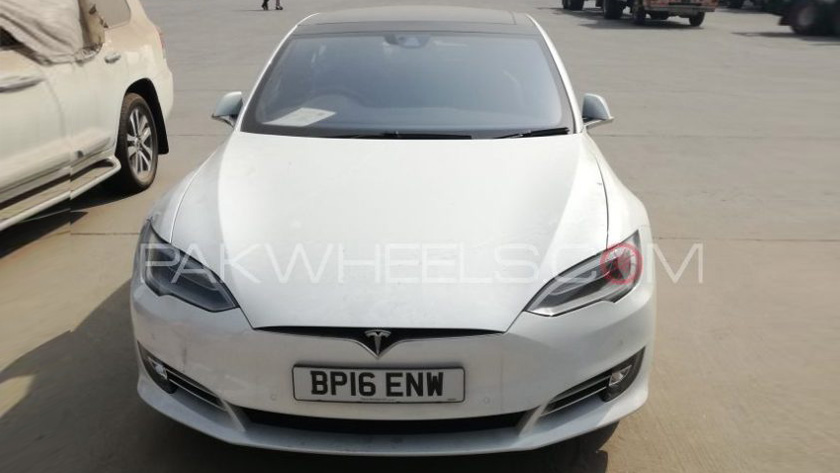 We at PakWheels reported in October that a white 2016 Tesla S70 has landed in Pakistan–first ever Tesla electric car to make its way to the country. We discussed its Pros and Cons in detail for PakWheelers so that they can easily understand the implications of importing and driving the car on Pakistani roads. And now a new implication has emerged in this regard, and that is, under what category the Tesla EV be assessed. Due to no tax/customs duty regulation on Electric Vehicles by the government the confusion has cloaked customs officials and now they have asked FBR (federal board of revenue) to help them in sorting out this problem.

RELATED: The First Tesla in Pakistan has Landed

At the time of clearing the car from the port, the importer argued that the car falls under ‘Hybrid Electric Cars’ as it is eco-friendly that is why concession and relaxations given to Hybrid Electric Vehicles should also be given to him. The importer of car also argued under the SRO 499(1)/2013 dated 12 June 2013 and in the light of the SRO, the Federal Government has exempted customs duty, sales tax and withholding tax on the import of Hybrid Electric Vehicles (HEVs) falling under PCT Code 87.03 as shown in the picture below. It is to be noted here that some media outlets are reporting the PCT code as 7803 which is entirely wrong and malafide. 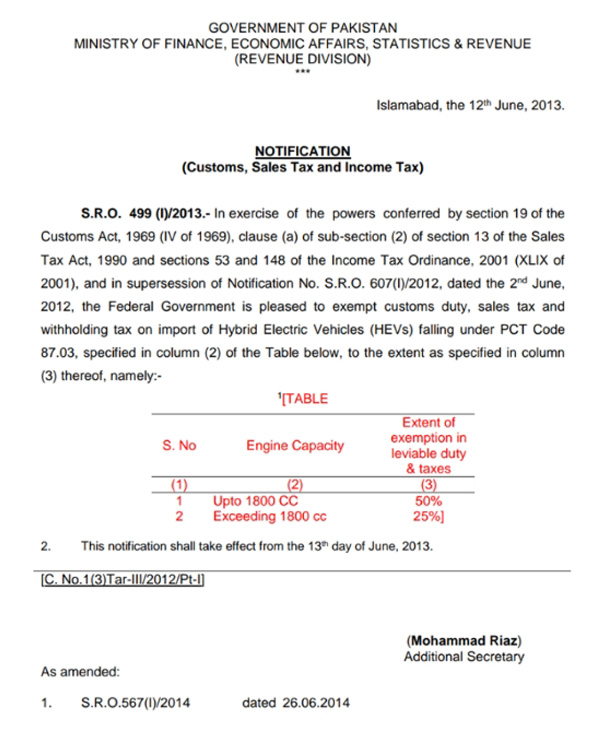 Since there is no separate category to assess the Electric Vehicles, the car was then assessed under PCT Code 87.03—meaning only 50 percent customs duty, 17 percent sale tax, 9 percent withholding tax and 1 percent additional customs duty was imposed on the car. Before going further the vital point here is that the importer also asserted at the time of clearance that federal excise duty which is about 10 percent is also not applicable as no CC (cubic centimeter/engine capacity) of the vehicle is available for electric vehicles. So customs official/collector secured PKR 3,867,811 in the form of pay order FED (federal excise duty) included out of total duty and taxes which was PKR 6,616,113. All the tax and customs duty especially FED imposed on the vehicle is a sham as under what capacity customs officials charged FED tax on EV as it doesn’t house an engine; meaning the car has no conventional engine, hence no engine capacity (CC). And we know in Pakistan taxes and Customs duty are made from engine’s cc.

Moving onward, to curb this confusion custom official has asked FBR to guide customs authorities in this regard. The query sent to FBR is, can EVs be covered under SRO 499(1)/2013, which is made for Hybrid Electric vehicles to give them tax and customs duty concession.

The officials of FBR are looking into the matter and will give their feedback soon. The government should also look into this matter and make proper laws regarding tax and customs duty on EV to avoid any confusion in the future.

The importer of the car is Mian Ahmad Irfan who live in Lahore. Tesla Electric Car has a Registration No: BP16 and chassis no.5YJSB7E21GF137160. 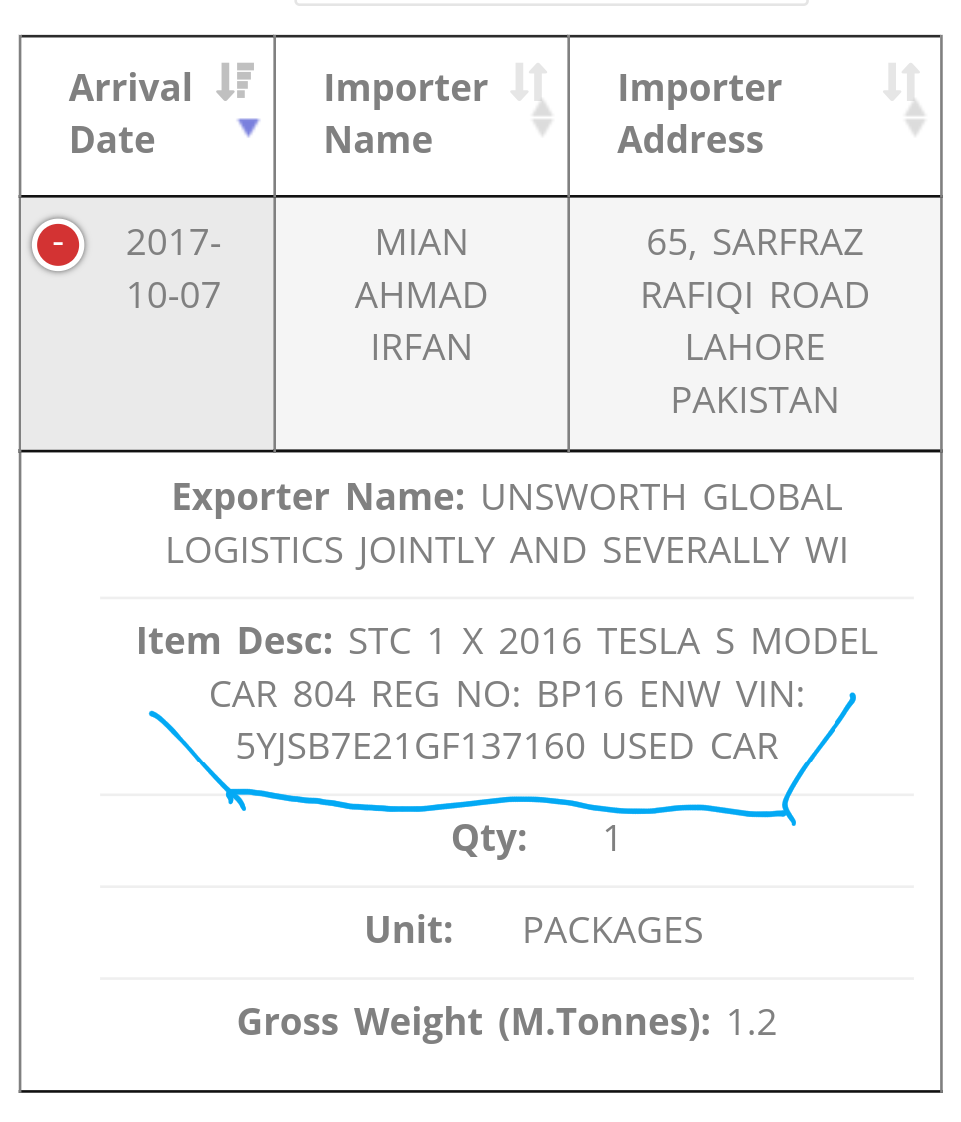 Last but not the least, a few days back National Assembly’s Standing Committee on Climate Change has urged the government to abolish the taxes on Hybrid cars. The main aim of this proposal is to clean the environment of the country and to check air pollution.

The purpose of quoting this news here is that it might be possible that government might abolish taxes on Hybrid Cars and also make the entry of electric cars in the country tax-free. Similarly, you might remember reading about Shifeng D101 Chinese electric cars in Pakistan and how they importer ended up paying far more customs duty than what he had anticipated. The clarification will help sort out the problem for future importers as well.

Let’s wait and see until all the events unfold.

Thank you to our fellow blogger Fazal Wahab for highlighting the story.

Punjab Government launches bike ambulance service yet in another city