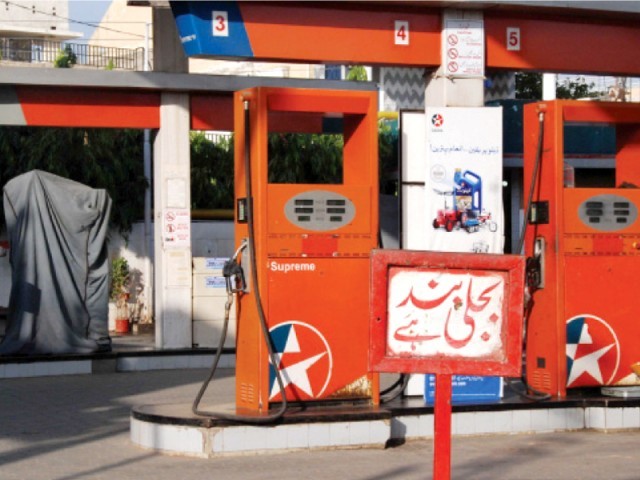 The price of petrol has been slashed to Rs62.77 per liter after Prime Minister Mian Nawaz Sharif announced the reduction of Rs8.48 per liter on Monday. The government has been cutting the prices of petroleum products every month to some extent since the decline in the price of per barrel of crude oil was observed in the international market.

The prices of hi-speed and light diesel were cut by Rs4.67 per liter and Rs1.97 per liter respectively while the price of HOBC (hi-octane) has been reduced by Rs2.98 per liter.

OGRA (Oil and Gas Regulatory Authority) suggested a price reduction of 17pc last month, but the government opted to reject the recommendations and only reduced the petrol by Rs5 per liter. OGRA’s proposal came after observing a sharp decline in international oil prices.

The price of crude oil is already low in the international market. On top of that, the US government has lifted sanctions against Iran, another major oil producer and importer, and Pakistan following the suit. Experts believe this price cut can be attributed to that.

Sindh Assembly also passed a resolution to fix the price of petrol at Rs40 per liter. The opposition in Punjab Assembly also tried to present the same resolution in the provincial assembly. The federal government fixed the GST rate on petroleum products last month as well.

The Prime Minister claimed that Pakistan is the only country in the region that has passed on the decrease in petroleum product prices to its public. He also showed his wish to reduce the burden of taxes on a common Pakistan. The government also claims that they have cut the prices by as much as Rs40 per liter since the fall in the international oil market.

There also has been news of petrol stations in several cities refusing to sell the petrol after Pak government’s announcement claiming they will suffer losses if they start selling at the new lowered petrol price that was bought at the previous price. If you have come across such situation, please do mention it in the comments section below.