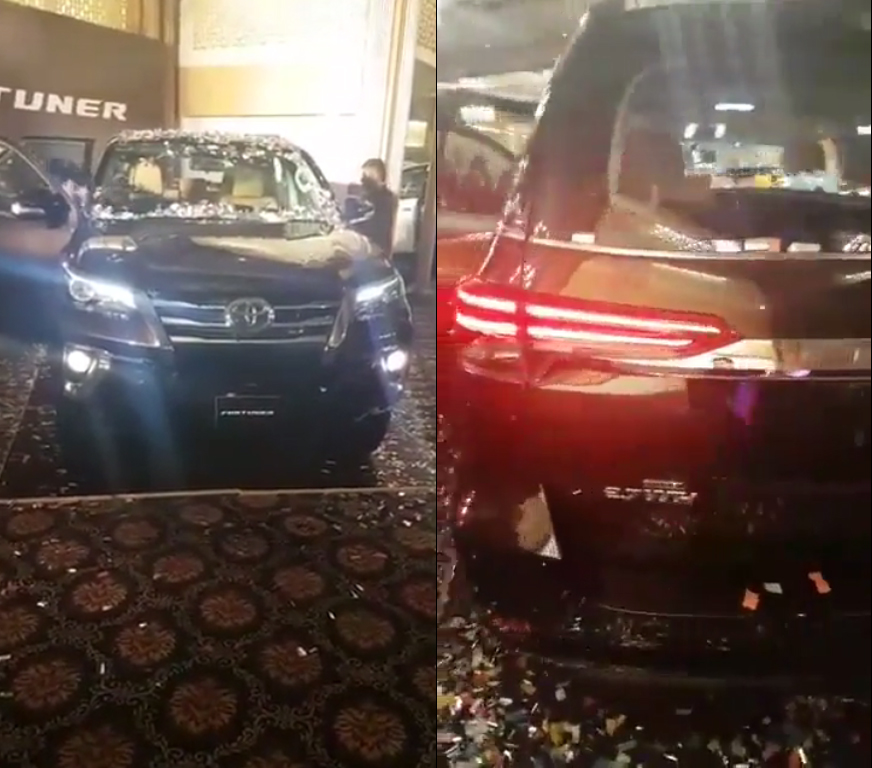 The company’s top level employees and IMC (3S) dealership network was invited to the official announcement and launch ceremony for the arrival of these new models. While a news-break covered the launch of Toyota Hilux, this entry is specifically aimed towards the ‘All new Toyota Fortuner’.

The vehicle is recipient to an exterior as well as an interior facelift. However, the engine will remain the same; 2.7L 2TR-FE inline-4, DOHC with VVT-I.

It should be noted that this vehicle is expected to arrive in the local market in the beginning of the next year, with an expected price tag of PKR 4.9-5.6 million.

Stay tuned for more details as we will be covering these vehicles in detail in the coming days.

The All New Toyota Hilux Revo at a Glance

Reality Behind CNG / UPS / HYBRID Labels on Batteries in Pakistan