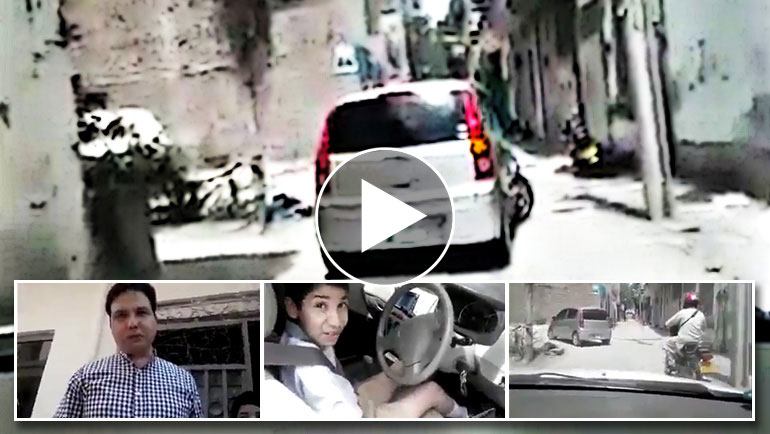 We are always prepared to lay the blames for all our miseries on the government. Whether it is a traffic jam or road bumps, we, keyboard warriors, are ready to criticize and make hoohaa. We always fail to realize or even give a thought if we had some part to play in the creation of daily miseries. It is a fact that society is a representation of its people so why can’t we also accept our faults. Makes us look hypocritical… doesn’t it?

What is regretful here is that most of the people caught running a red light, parking wrongfully is found to be educated people, or people from literate families. The latest example of this was found in this video shared on social media where a ten-years-old child was driving his Daihatsu Mira while his young sister was sitting beside him and his father was sitting at the back. And this kid, this primary school going kid was driving with full approval from his father. The family seemed to be an educated so why this ignorance?

Watch: Fight Breaks Out Between Traffic Police And Citizens In Karachi

The person, who followed them and had a talk with the kid and his father deserves some cheers as he walked over and made a sensible talk with the father. We all know that anyone under the age of 18 isn’t allowed to drive in Pakistan, and a ten-years-old is studying toward understanding everything, he is being nurtured into a law abiding civilian and when you begin teaching such things, in the beginning, imagine how his upbringing has been. Even the law treats the person without a license differently than the person that has a license. Why are we so ignorant then?

These Are The Ten Most Searched Cars On PakWheels

Car Prices In Pakistan Vs. Those In Neighboring Countries: Pakistani Auto Buyers Are Being Ripped-Off