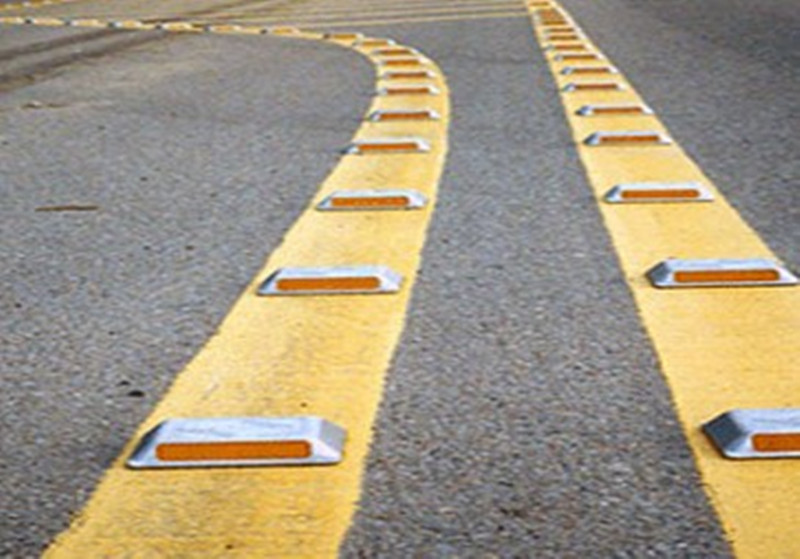 The World Has Gotten Rid Of Speed Breakers, Why Haven’t We?

Meanwhile, all other countries have rejected the use of road studs; Pakistan still utilizes them as speed breakers on each road of its cities. What sort of threats do the road studs pose to the vehicles and the people driving them? Why do we still see them on the roads of Pakistan?

Percy Shaw, an English inventor, and businessman invented road studs commonly known as Cat’s eyes in 1934. He set up a company for manufacturing these road studs in 1935. As the name suggests, they work on the principal of a cat’s eye.

When light enters a cat’s eye, it’s reflected towards the source of light and similar is the case with these roads studs. In poor visibility at night, when the headlights of a vehicle hit a cat’s eye, it is reflected toward the driver to help in identifying the condition and the alignment of the road. It is an alternate in those places where road lights are not installed to help the drivers in having a clear idea of the trajectory of the turning road on a highway.

Cat’s eyes help in very prominent visibility on the road in the absence of road lights. It guides the driver about where the road ends and what are the limitations of driving in a specific lane. On highways, where the direction of the road continuously changes, road studs make it very easy for the driver to adjust the vehicle according to the boundaries of a lane. This widely acknowledged feature of road studs makes them very important for the road markings purpose around the world. Moreover, road studs are extensively used in a horizontal direction in front of the schools, colleges, and hospitals to ensure the reduction of speed by the drivers.

Road Studs — A Solution or A Problem?

After serving for decades around the world, a debate finally emerged as “Are they a solution or a problem.”

They are fixed on the road with the help of nails. There are several cases where the cat’s eyes are damaged or broken, but the nail is still sticking out in its vertical position above the road. When the driver crosses them at speed, it may cause serious damage to the tyre and may even result in blowing up. Such a scenario may result in a fatal accident by losing control over the vehicle.

Rather than having a round corner rubber surface, these road studs have sharp metallic edges which are no less than a hazard for vehicle’s tyres.

There were several meetings held around the world before a mutual decision was made to get rid of these road studs for the safety of public driving on the roads and their vehicles. In Pakistan, instead of marking lanes road studs are extensively used as speed breakers.

#SayNoToCat’sEyes was the title of the social media campaign against the use of road studs on the roads of Pakistan. The public has demanded to ban the use of these dangerous cat’s eyes for their safety and adopt some other technique to meet the purpose. Currently, these road studs are found on every street including the highways of Pakistan. The removal of these cat’s eyes is a time taking process, but at least the government should take steps to ensure the fixing of broken cat’s eyes. When the tyre comes in contact with a broken cat’s eye with the nail pointing up, it may blow the tyre no matter what is the condition of the tyre.

In Pakistan, there is a serious problem of violation of the traffic rules. To tackle the public, cat’s eyes have served the purpose for many years now. As for the long-term purpose, they should be replaced with round-cornered cat’s eyes made up of rubber to minimize the damage to the vehicles. It would not only serve the purpose of compelling people to lessen the speed of their vehicles but also ensure the safety of people traveling on the road.

The size of these cat’s eyes must also be reduced to a safe limit. Currently, the size of a cat’s eye being used is no way near to be friendly to the vehicles. All of them must be removed on a priority basis to avoid any further cases of accidents. Since the government has already taken steps for the safety of the public by introducing the e-challan system to discourage the violation of traffic rules, some improvement in the installation of cat’s eyes would help the cause to a further extent. After all, it’s about the safety of the public rather than causing harm to meet the purpose.

Moreover, the citizens of Pakistan should also learn to obey the rules and regulations so that the authorities are not forced to take such steps that may cause harm to their lives. It’s about the safety of people traveling and the ones on the road, therefore, one must drive carefully. Completely removing the cat’s eyes from the roads of Pakistan is also not the solution right now but creating awareness among the people will do the job. We need to play an individual role to become a part of the civilized world where every person obeys the traffic rules to keep everyone safe on the road.

If you have any suggestion on this article, share in the comments section below.