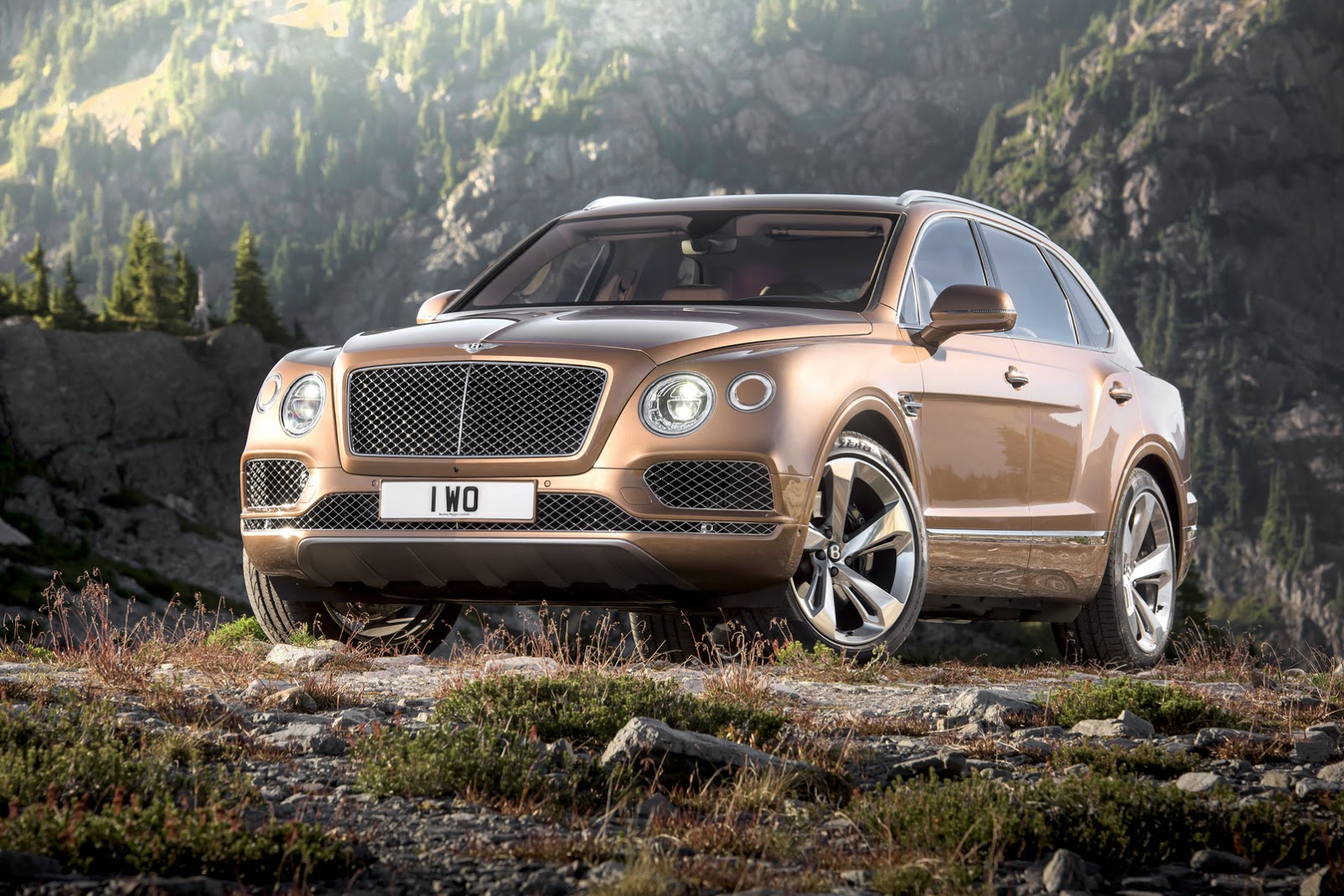 Few days ago we shared news about Bentley taking a crown for the world’s fastest SUV. Bentley are calling it Bentayga. The name is taken from Roque Bentayga, a 4642-foot mountain peak in Spain’s Grand Canary Island.

After extensive testing including 400 laps of famous Nurburgring; today Bentley has officially unveiled the Bentayga. The SUV looks beautiful and full of luxury inside and out as it should be as it’s a Bentley. The exterior styling looks like the Bentley sedan “Flying Spur” which has been lifted from ground to make it look like an off road SUV.  On the interior you will find hand stitched and crafted leather, wood and aluminum trims and finishes.  Also it has a full length panoramic moon roof, a newly designed 8″ multimedia system, a 10.2″ Bentley own designed android based removable tablet, 4G connectivity and for music lovers 18 speakers 1950 watt music system is also available. If you need an ice cold drink, yes, there is a refrigerator in the trunk as well. There is a night vision and a head-up display for safer driving and array of other features.

On technical side Bentley Bentayga is on VW’s modular platform for SUV’s named “MLB-Evo” which underpins a lot of their vehicles from VW group like Porsche Cayenne, Audi Q7. Bentayga will be powered by a newly designed 12 cylinder W12 engine with output of 600 hp and 663 lb-ft of torque which will help SUV hit zero to 60 in 4 seconds flat, making this SUV one of the fastest [until Tesla release their Model X with under 4 seconds numbers]. Bentley already tested the SUV to reach 301 kmph which is really very impressive for a vehicle of this size which weighs around 2.4 tons [5300 lbs]. The power is transmitted to axles via a 8-speed automatic transmission, equipped with a torsen center differential with 40/60 power delivery between front and rear wheels. According to Bentley the new engine is around 12% more efficient than previous W12’s.

Higher center of gravity and roll over is a serious issue with SUV’s, Bentley has introded their “Dynamic Ride active roll control technology” which comprise of a sophisticated computer and dozens of sensors to counteract lateral rolling force to reduce risk of roll over on turns at high speeds. On release, the Bentayga will be available with four or five seats but in near future a 7 seat SUV is also being planned. A diesel and Hybrid version will also arrive in future.

“The Bentayga is truly the Bentley of SUVs. It redefines luxury in the SUV sector and offers a genuine Bentley experience in any environment, thanks to a combination of unparalleled attention to detail, go-anywhere ability and cutting-edge technology. With this extraordinary car we are looking forward to an exciting period of strong growth and sales success for Bentley. The Bentayga is the next step in our brand’s bold future.”

The technical specification in depth can be found in the below table. No price is released as of now but is expected to be around USD 245,000/-. The vehicle will be shown to public at upcoming Frankfurt Auto Show. 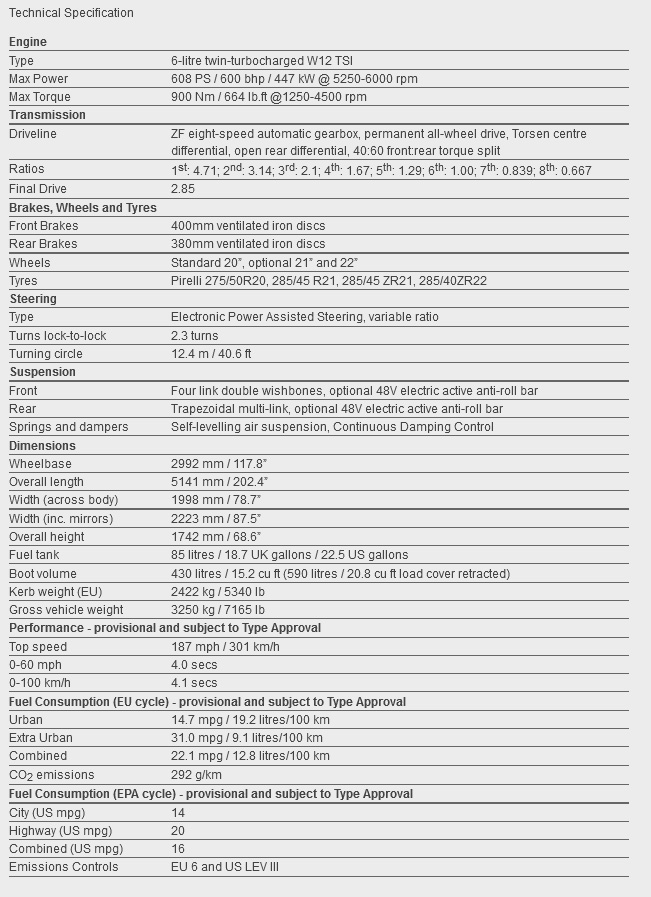