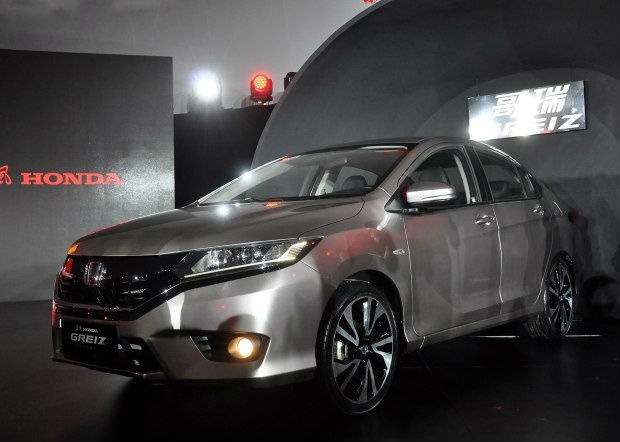 Honda recently took the wraps off the brand new Honda Greiz, and what the Greiz basically is, is a redesigned Honda City that is only going to be sold in China right along side the Chinese spec City. The Greiz mimics the same profile of the current City but with revamped styling that borrows some cues from its older brothers such as the Honda Accord. It has been given new light clusters with front LED daytime running lights and projector headlights, the rear also features LED taillights. A new grille, new bumpers and a redesigned boot lid to further distinguish it from the China-spec City, which looks identical to the model sold here in Pakistan.

Inside the car, it isn’t all that different as well. You still get the same three spoke multi function steering wheel and a whole bunch of functions like, an engine start-stop button, a touch screen interface for the automatic climate control, the same infotainment system with HDMI and USB ports. Griez will come equipped with a 1.5-liter EarthDreams i-VTEC petrol engine coupled with a CVT transmission, with paddle shifters being available as an option with a reported power output of 131bhp.

General Tyres Pakistan To Invest PKR1.2 Billion For The Expansion Of Its Plant

Google Training Its Self Driving Cars To Drive More Like Humans