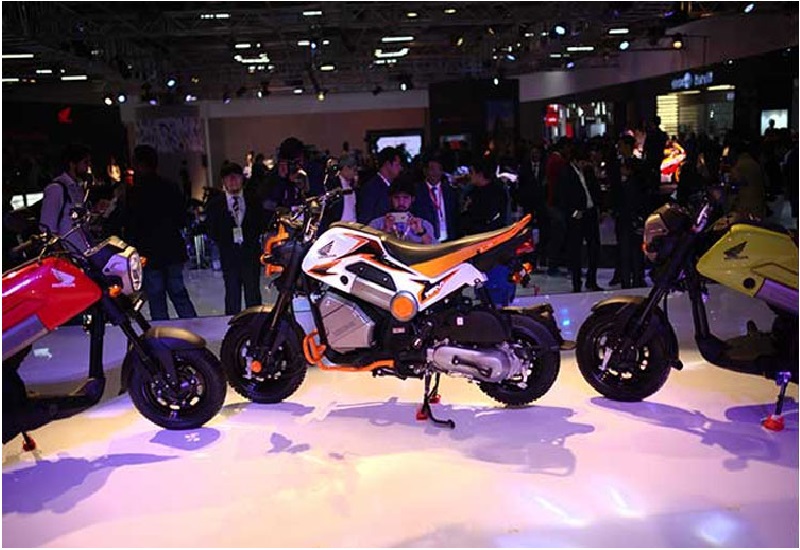 After the launch of the new Deluxe version of Honda CD 110 Dream, there is a new kind of bike that has been launched at the ongoing Auto Expo 2016. Honda Motorcycle and Scooter India launched their latest offering, Honda Navi at the auto show. The new bike is targeted mainly at the youth and is what Honda is calling a “new segment in fun riding”.

According to IAB, what is most distinctive about this bike, other than its different shape and riding position is the fact that it is purely homemade by Honda India. From concept to research to development to production, it was Honda Motorcycle and Scooter India all by itself. The motorcycle is priced at INR 39,500 (approx PKR 60,000).

The bikes will be available in 5 color options (Patriot Red, Shasta White, Hooper Green, Sparky Orange and Black) and potential buyers in India can book the bike through Honda Android app. The deliveries will start in April. 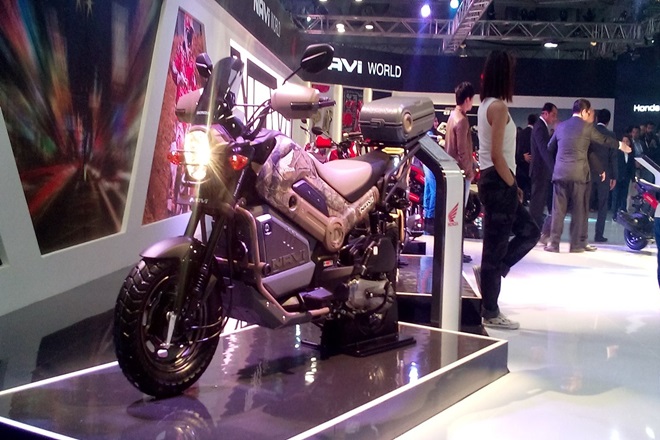 The bike comes with Honda’s 110 cc engine that produces 7.83 bhp and 8.96 Nm of torque. It is a single cylinder unit and comes with Honda Eco Technology. It is a similar unit available in Honda Activa as well. Although the overall horsepower of Navi is less than the horsepower of Honda CD 110 Dream, however, the torque is slightly more (8.96 Nm compared to 8.63 Nm of CD110). The engine is mated to an automatic transmission (V-Matic).

The bike has quite a unique look when compared to conventional bikes. It has an underbone type frame with a spring-loaded hydraulic suspension at the back and a telescopic suspension in the front. The unique design, however, has led to a smaller capacity fuel tank, only 3.8-liters.

Unfortunately, there is no such bike to compare available in Pakistani market. We hope our car and motorcycle makers will also spend on local research and development in the future rather than just increasing the production capacity of the current lot. It is time we also see a new Honda bike here as well.

Lexus Is Developing A Crossover Version Of Its Lexus CT200H Hatchback