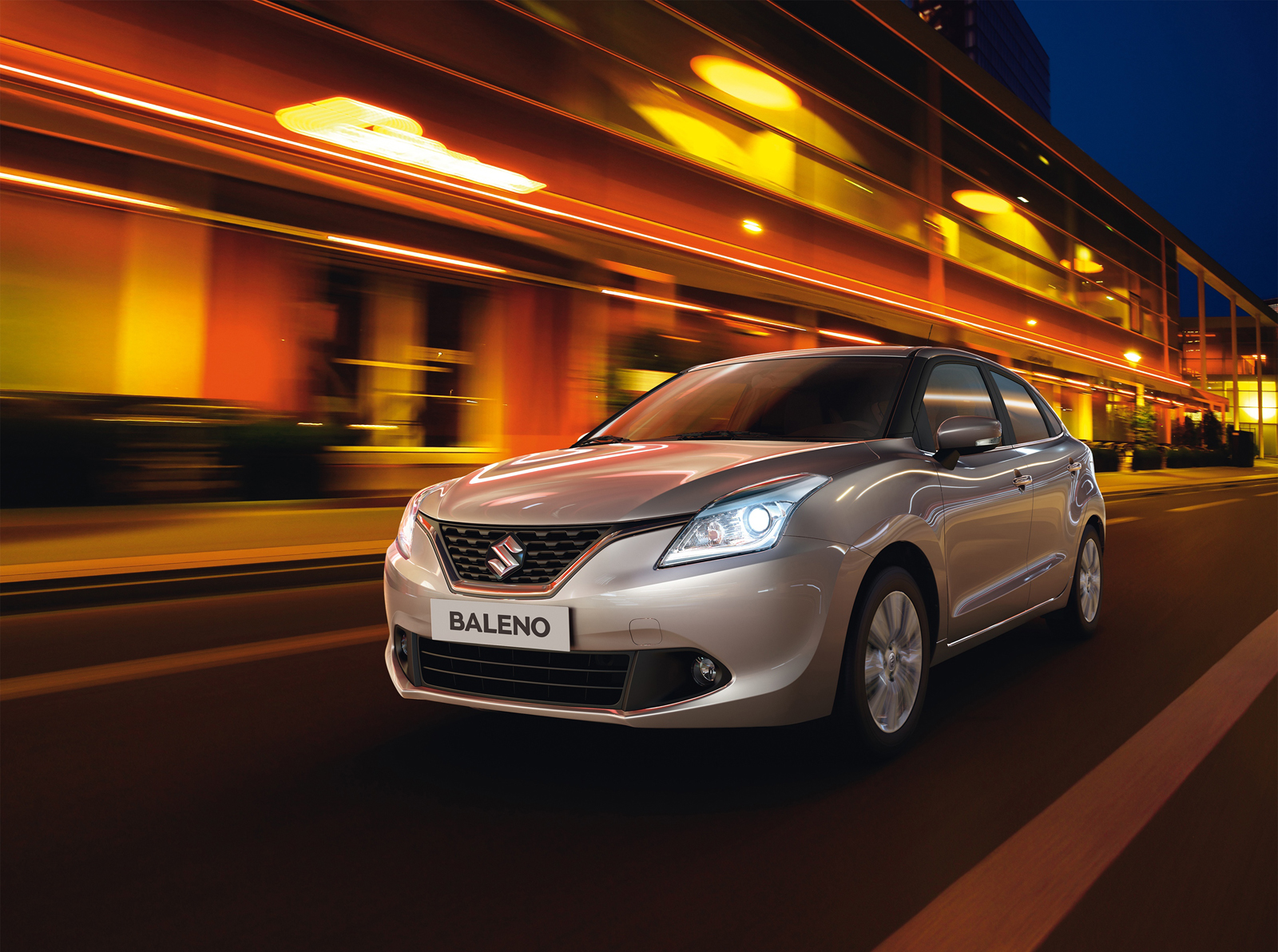 Name Baleno is not new to people in Pakistan as it was the first compact sedan released by Pak Suzuki more than a decade ago. Though Pak Suzuki is some manner replaced it with Liana sedan which has also seen its fate and could not survive the local Market as well as Baleno did. Suzuki has always been known well for Kei cars or small hatchbacks. Suzuki has wide variety of  car choices available to customers in Europe, Australia and specially India.

Recently spy shots of the upcoming Suzuki Baleno surfaced before the official debut at Frankfurt Auto Show. The next Baleno hatchback will be available for the European and some other select market. The Baleno will be on Suzuki’s new “rigid platform” as they call it. According to Suzuki it will give it 10% more body rigidity than the current vehicle line up while the smooth and continues chassis will reduce the weight by 15%. The road noise has been reduced by a major factor with better and improved design of under-body components. All this will improve the car’s overall safety and stability. As far as engine is concerned, it will be available in two displacements. And suspension is MacPherson struts at the front and a torsion beam set-up at the rear for the new Baleno.

A new 1.0 BOOSTERJET 3-cylinder direct-injection turbo engine with power output of  110bhp and  a four-cylinder 1.2 DUALJET engine with 89bhp. The 1.2 L engine will also be available as a mild Hybrid which Suzuki call SHVS (Smart Hybrid Vehicle by Suzuki). It uses a s start up generator instead of conventional starter motor which will help the vehicle start and move from standstill. Suzuki Baleno will be available with 5 speed manual transmission as standard while a CVT and six speed automatic is also an option for customer to choose.

Interior of the car has also been newly sketched and looks upscale. We can’t comment on the quality and finish of materials but Suzuki promised that customer will feel a lot of enhancement. A 7″ touch screen display with Apple Car play is available. A list of safety features also include adaptive cruise control as well as Radar Brake support which is very impressive for this car segment. The car will be available in early 2016 in Europe and later in India and will compete against very tough competition in the form of VW Polo and Ford Fiesta. The base price is around  £12,000 for European market. So guys what you think, if Pak Suzuki brings a Baleno Hatchback will it survive Pakistani market?

Honda Self Driving Car Soon To Hit The Streets Of California