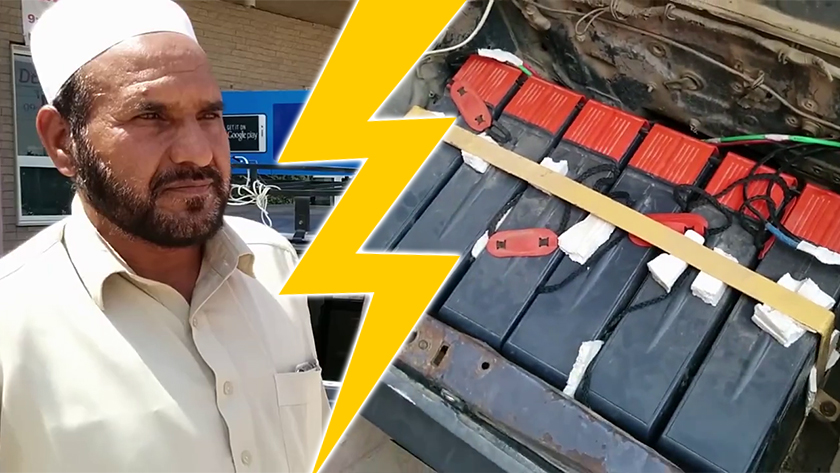 This Suzuki FX Is The Second Locally Converted Electric Car Of Pakistan!

Electric cars around the world are considered expensive to produce due to high cost of batteries and the electric motor. However, Pakistani engineers have been coming up with ideas to produce cheaper electric cars based on low cost locally assembled Kei Cars. Sadly, due to lack of government support, much of these ideas failed to make an impact as they ran out of resources and institutional support.

Back in 2009, our fellow PakWheels forum member, [email protected] introduced the first electric car of Pakistan. It was a Suzuki Mehran BEV (Battery Electric Vehicle) locally converted in Karachi. According to calculations made by Frk2, it would have been 8-9 times cheaper to operate than a conventional Mehran. frk2 built one unit of Suzuki Mehran BEV, but he had wider ambitions, one of them was to get it mass produced which was bogged down since our government does not support low volume auto manufacturers. And that brought an end to Frk2’s ambitious first-of-its-kind project.

Now, some engineers from Islamabad have come up with a Suzuki fx converted as an electric car. They have named their company, Jolta Technologies and have been working on to bring electric car projects. At the moment, this electric Suzuki FX has a 40km range and takes three hours to recharge. The car has installed with six dry-cell batteries that power a small rotary motor installed in the back of the Suzuki, making a rear-wheel drive car. Moreover, the team is working on two more models with greater mileage and speed.

To sum things up, our government should support small innovative auto manufacturers, legally, technically and economically to foster automotive research and development in Pakistan. Who knows one day we can have our successful automotive brand.