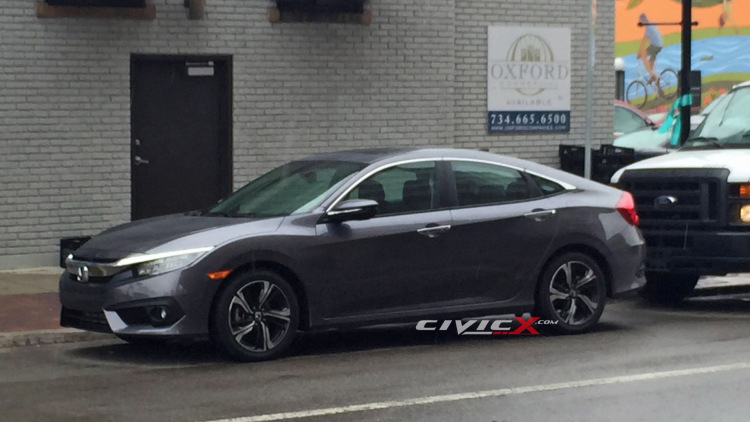 We are just days away from the full reveal of the highly anticipated 2016 Honda Civic, but just days before the official reveal, the next generation Civic has been spied once again though this time, without wearing any sort of camouflage giving us our first look at the production spec Honda Civic, and it is quite a looker.

The production spec Honda Civic looks nearly identical to the renders we saw featuring the same prominent angular C shaped taillights, a very sleek and sloping fastback roof line and a brand new wheel design. Honda probably isn’t to happy that just a week before the reveal, the 2016 Honda Civic has been completely revealed. Other things we already know about the car is that it will feature a 1.5 liter turbocharged engine expected to produce 148 HP and 203 N.m of torque paired with either a 6 speed manual or CVT gearbox and will have a price tag between PKR 20-25 Lakhs. 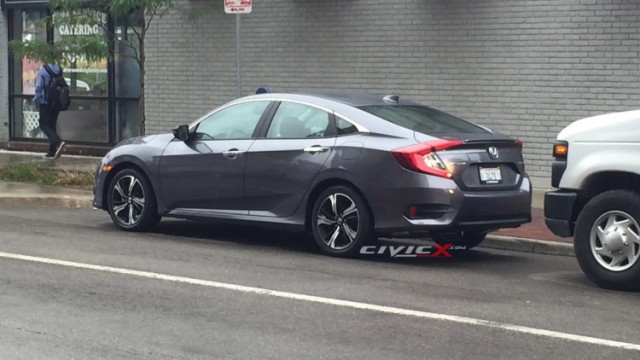 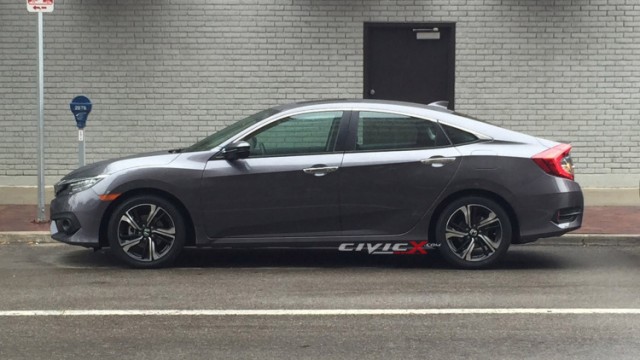