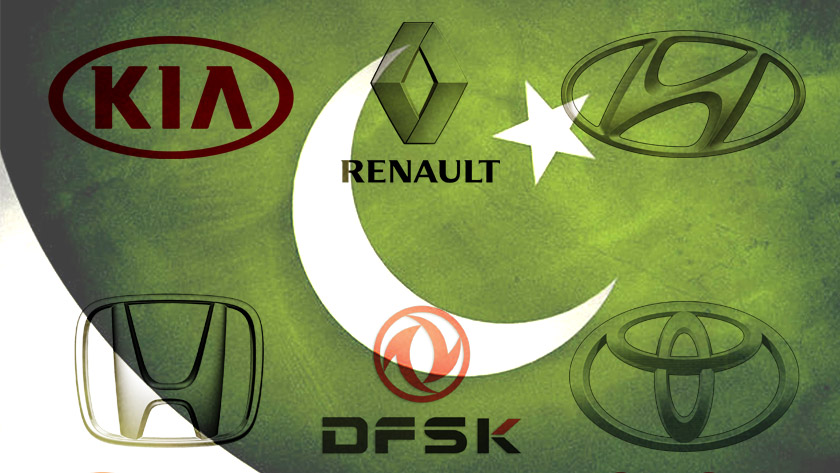 Honda, Suzuki, and IMC gearing up to lock horns with Renault, Kia

With the incoming of foreign automakers, the existing local automakers Honda, Toyota and Suzuki are getting ready to lock horns with them. It would be worth mentioning here that the local popular automotive brands would not only face a challenge from international automakers, but also from many new local automakers which are rising on the scene such as United Motors and collaboration of DFSK and Road Prince.

The first company which sensed the wind of change was Toyota, and the company started changing its techniques to counter the foreign invasion. The steps which the company has taken till now is as below.

Now coming to Suzuki, the company has introduced five new vehicles this year;

These actions show that these existing automakers which are monopolizing the local market for so long now have to take drastic steps to keep the consumers intact with the company as new automaker are coming to the market. The companies are enhancing their capabilities, updating their products to compete with the foreign automakers. Things have started to change people are now looking forward to buying vehicles from coming automakers such as Renault and Kia. The coming of these automakers will surely diversify the local market even further and will push Honda, Suzuki and Toyota Pakistan to give good products to their consumers.

Aside from the foreign automakers, big three, as mentioned above would also face competition from new local automakers such as United Motors and Road Prince.

United Motors is all set to launch two vehicles in 2018,

Road Prince another local bike manufacturer has joined hands with DFSK and has launched new vehicles in the country.

So, all in all, the big three are changing their strategies and will have to do more to fight the foreign and local invasion of automakers.

This is our side of the story, share your thoughts in the comment section below. Keep Motoring!

Use these methods to ensure safety while driving in wet conditions