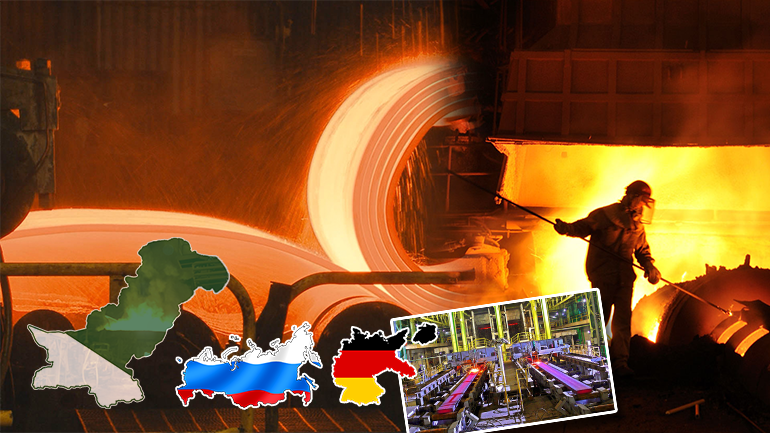 India has begun assembling the Mercedes CLA, they even have the Euro-4 fuel and we’re still not able to introduce Euro-2 standard fuel which came in 1996. It doesn’t announce us as superior in anything whatsoever, it doesn’t put India much forward ahead either but as a country, we’re still not able to produce the quality of steel that the current automakers would prefer using it for their cars. So, they import it from Japan and elsewhere. We were introduced to this revelation during the recent Indus Motor’s factory visit which frankly, left us baffled at the state of affairs this country is run with.

Our Steel Mill is totally in shambles, but it wasn’t supposed to be. It didn’t have to bear 100 billion rupees in cumulative losses during a time of real estate development around the world and not even be able to produce car quality steel when we had the natural resources/raw material to produce it. 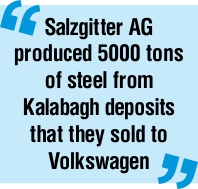 The year was 1956, Pakistan request to United States to provide assistance to develop its Steel Mill had been rejected, however, Kalabagh isn’t just politically famous for our inquisition to build a water dam there, it also hosts iron ore reserves and Germany’s Krupp offered to set up the mills in Kalabagh area loaded with iron ore, coal and other resources, and they just wanted to be close to the site where these natural resources would be mined from, its a provision they asked to keep the mills just 11 miles from site, but this offer was rejected by the then Energy Minister, Mr. Z A Bhutto.

Fast forward ten years from 1956, Germany’s resolve to utilize the Kalabagh iron ore hadn’t faded and it signified the quality which could be produced from there, and thus, Salzgitter AG produced 5000 tons of steel from Kalabagh deposits that they sold to Volkswagen. They also offered to build Karachi Steel Mills with financial backing from the European Banks, the steels mills would have had a capacity of 0.8 million tons based on Kalabagh Iron Ore deposits and also produce imported coal at a cost of 1.55 billion rupees.

That offer was rejected in favor of Russians, who helped build the steel mills at a cost of staggering 24.7 billion rupees which relied solely on imported raw material to produce steel which was never well-received by critics as that further influenced our trade deficit when the Germans, far better at business and efficiency than Russians, would’ve not only utilized the local reserved, but the advantage of giving them the access to the deposits would’ve impacted the trade deficit, the automotive industry, and German efficiency would’ve helped curb the disaster that our steel mill is today.

The Kalabagh Iron Ore deposits are said to be about 350 million tons while the total iron ore deposits are about 1,427.17m tonnes, which some analysts say aren’t that much by global standards; former DG of Punjab Board of Investment said that they are enough for what Australian mining giant BHP-Billiton would typically produce in two years. However, the Chinese have taken keen interests and PM Nawaz Sharif said in February this year that iron ore deposits along with coal, gold, silver, copper, will end the “begging bowl” culture in Pakistan. Further adding that Pakistan can soon be self-sufficient in natural deposits and wouldn’t need to ask from abroad.

You can go on to read Business Recorder’s full report on that matter here because we’re no experts in iron ore, but Pakistanis seem to be the most non-patriotic, patriotic people in the world: we only give power and belief to symbolic things while our actions have hurt Pakistan in every way there is possible.

Today, VW, Nissan and many more are highly interested in setting up a manufacturing base in Pakistan. Most will only assemble in Pakistan (as even Mehran is only about 70% localized) and we’ll be importing completely break-down car kits from abroad and putting them together like really bright children good with Legos and with a university degree. This is the perfect time to let them go at the reserves to produce car grade steel for not just local consumption, but for export as well and in the process, influence the price of cars as well and the overall state of our automotive and steel industry and economy.