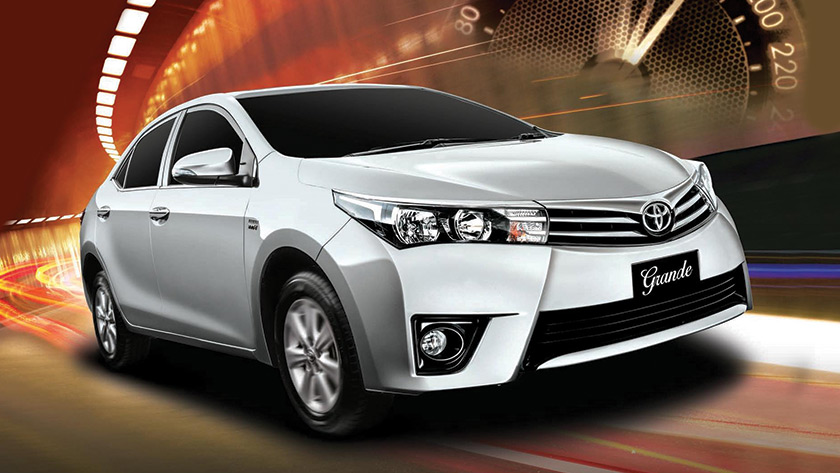 Toyota Corolla To Get A Lot Of New Options In Pakistan, Starting From May

Toyota Indus Motor have increased prices of its vehicles from 20,000 rupees to 60,000 rupees depending on the model. These price changes will be in effect from May 1st, 2016. You can hop on over to our new cars section to see the updated Toyota Corolla prices. The price changes throughout the model range are done due to Corolla being given minor improvements.

Auto-retractable side-mirrors, the kind that retracts when you switch off the car, jack-knife key, and dual-sided steering functions instead of single but perhaps the most notable features are the addition of climate control, Dual SRS Airbags, and the much awaited immobilizer.

Rest of the range of Corolla, including Gli and XLi are also going to get some updates as well if not all. Immobilizer for example will be available on the Toyota Corolla since Corolla is perhaps one of the most stolen vehicles in Pakistan.

In the world of Toyota, these are not done to give a push in sales. Toyota Indus Motor has already sold out Corolla for the months of March and April and are expected to sell as many vehicles as last year owing to the improved economic and security outlook. This is called ‘minor improvement, and these improvements are made to meet the consumers’ expectations, their feedback is received and implement to make them feel connected with the company. Facelift is where the vehicle gets an updated body design as well.

PakWheels own analysis indicates that the changes are in anticipation of the new Honda Civic. It takes seven billion rupees worth of investment to introduce a new model of Corolla in Pakistan, and it is estimated that Honda has already invested about 85 percent of whatever the amount they needed to invest in total to bring the Honda Civic 2016 here in Pakistan.

Honda Civic and Corolla are perhaps one of the oldest competitors in global automotive history and one without the other will make the car market look dull. The new Honda Civic has already claimed a lot of deposits internationally, and Toyota is also stepping up their game to ensure Corolla is ready to take on the new Civic for when it comes.

Honda Civic 2016 Will Be Launched In Pakistan In December 2016